A Day of Tears: A Novel in Dialogue

Julian Lester's thought-provoking book, A Day of Tears, builds a fictional story out of of a real event: the day when the most slaves in American history--over400--were sold at one auction. The place is Savannah, Georgia, the time is 1859 and the slaveowner is Pierce Butler who is "forced" to sell his slaves to pay off his gambling debts. Known afterwards as "The Weeping Time," the four days were marked by torrential rain; thus the tie-in to the title of the book.

Many fine books have been written depicting the harsh and unjust conditions surrounding slavery. Jester's novel distinguishes itself by giving voice to each character who plays a part in the drama. As a result of sparse narrative, the reader is engaged in the immediacy of the setting and conflicts. Instead of the traditional novel format, Lester relies primarily on monologues to tell the story. Readers hear the voices of Pierce, his abolitionist wife Fanny Kemble, their two daughters (with two very different points of view on slavery), the auctioneer, several slaves (also with different perspectives on slavery), and the man who helps some of the slaves escape to Cincinnati. Interludes within the main story fast forward the action as the characters reflect upon the years and events that transpired after that pivotal day. The reader watches as families are torn apart--both slaves and their owners--over an issue that divided our country.

I listened to the book on CD and found the acting compelling. Even without much actual physical description of the characters, I could imagine them talking directly to me.

Since the book candidly shows a variety of perspectives on the same event, it makes an excellent Social Studies resource for classes studying the Antebellum Age in the south. In addition, language arts teachers should point out the different uses of syntax, word choice, and dialect to make the voice of each character distinct and powerful. Given the way it is written, this would be an excellent choice for readers theater in middle school or high school classrooms.

The author's notes at the end include glimpses into some of the resources which Lester used to write the book. Since I am researching my own historical novel, I was particularly interested in his resources. He cites a pamphlet "What Became of the Slaves on a Georgia Plantation?" which is in the Library of Congress and can be viewed online. Written by an observer to the entire event, it provides "up close and personal" details of the auction and makes a terrific companion tool to this book. 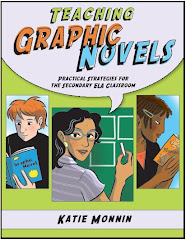 After my last blog post on Incognegro, my editor informed me that Maupin House has started a new blog for teachers for the forthcoming book, Teaching Graphic Novels by Katie Monnin. If this is a genre you use in your classroom, be sure to check out the blog and the book.
Last night I was moseying around on the internet and checked out my friend Joyce Hostetter's blog to see her latest post. She is my co-author for the newsletter Talking Story, and I was delighted to find a terrific summary of our latest issue. I hope you'll take a minute to visit her blog and then decide to subscribe to our newsletter. Our goal is to provide information about books as well as writing resources for teachers, media specialists, homeschool parents, and writers. Let us know how we're doing!
Technorati Tags:
graphic novels, Joyce Hostetter, Katie Monnin, Maupin House, Talking Story
Add to: | Technorati | Digg | del.icio.us | Yahoo | BlinkList | Spurl | reddit | Furl | How are You Celebrating the National Day on Writing?

October 20th is National Day on Writing. I'm celebrating the day by sharing a book that I have just begun to read as I research my young adult historical novel.

Notes of a White Black Woman (Pennsylvania State University Press: 1995) was written by lawyer Judy Scales-Trent. it is a collection of autobiographical essays about her experience as a light-skinned African American woman. It not only gives me insight into the issues she struggled with growing up, it also causes me to evaluate my own preconceived notions about race and color.

This segment is from her observations of generations of photographs in a family album:

"When you look at the photograph of my mother and her sisters, you see that two of the women have white skin. So did my uncle, Big Buddy. But then, when you turn the page to look at the photograph of the grandchildren, it almost takes your breath away, for these are all brown-skinned children. Their skin color ranges from light brown to dark brown, but it is clear that these are not white children....

I am just now realizing that I was so anxious about how they [the dark-skinned men Scales-Trent dated] viewed my color that I did not consider the value I attached to theirs. For it is very likely that without any instruction, without conscious plan, without even thinking about it, I--and perhaps others in my family--thought seriously about skin color when I thought about who would be the father of my children. For this is a country where it is dangerous to be too dark, and where it is wrong to be too light." (p. 48-9)

As a writer, I am indebted to other writers, such as Scales-Trent, who have shared their research and/or life experiences. My work will be richer as a result of their work and honest self-exploration. And that is definitely a reason to celebrate good writers and the writing craft.

The Making of a Young Writer 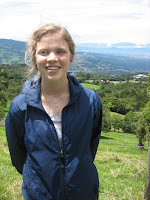 Corey Heyward, a senior at Southeast Raleigh Magnet High School, first contacted me with questions about self-publishing. She had written and illustrated a children’s book for her graduation project and was trying to figure out how to proceed. I was intrigued with Corey’s interest and decided to interview her.

I found out that her children’s book was only one of four requirements which she needed to accomplish before graduation: Paper, Portfolio, Product, and Presentation. Corey chose to write a children's book because she loves to write. She said, “Since my topic, ‘The influence of the media on the environment’ talks a lot about green lifestyles in schools, I figured that writing a children's book about the environment would be perfect.”

When I asked her why she picked her topic, she replied, “I have always had a concern for the environment even when I was little. I used to want to grow up and be a part of the EPA. Plus, the environment is controversial enough to make my paper and project interesting.”

Corey’s book is titled, “The Birthday of Earth Day.” The two main characters are a squirrel and a rabbit who watch school children celebrate Earth Day.

These lines are from the perspective of a wise turtle who joins them:

“Every year, people are thankful for the Earth and all that it brings,
And they show their thanks,” croaked the turtle, “by doing nice things.

Like picking up trash,” he explained, “or saving a tree,
Or protecting the homes of little animals like you and me.”

By the end, the moral is clear:

“The squirrel, rabbit, and turtle watched until the kids finished their garden of green
And had given the plants water and picked up all trash they had seen.

All children and animals went home, the end of the day drawing near,
Wishing they could celebrate the Earth every day, instead of once a year."

Corey worked with Universal Printing who helped her decide things like size, color or non-color, the type of cover, stitching, etc. When she completed the book, she formatted it using InDesign and received instructions on how to upload it onto their website. To her delight, the proof was ready in less than a week.

This sign is posted at the Ft. Fisher Aquaraium . During a recent visit with my two granddaughters I snapped a picture to share with all of you. Some folks really know how to exercise muscle words!