TOMORROW'S BREAD: A Review and Giveaway

Congratulations to Gail Cartee who won The End of the World and Beyond on last week's giveaway.

When I began researching Half-Truths someone--I'm afraid I don't remember who it was--told me about how Brooklyn, an African American neighborhood in Charlotte that was leveled as a part of urban renewal.  Tomorrow's Bread by Anna Jean Mayhew, breathes life into that vital, bygone neighborhood. 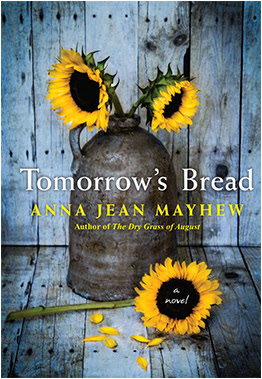 This story of a community affected by urban renewal is not unique to Charlotte, NC; but it is told in such well-researched detail that people living in Detroit, Philadelphia, St. Louis --any area that was torn down and cleared out--will resonate with the book. As A.J. points out in her Author's Note, there were homes that would meet the definition of blight.

But, there were also business, churches, theaters, and spacious brick homes that were destroyed.

This historical novel for adults is told through three different points of view. We see the destruction of the neighborhood primarily through the eyes of Loraylee, a single black mother who lives with her son, uncle and grandmother. Loraylee is in love with a white man, but in the sixties, it is against the law for them to get married. Everyone in Loraylee's family is attached to their friends, fellow church-goers, schools and businesses in Brooklyn; all four can't imagine life elsewhere. Her hard-working and matter-of-fact manner made her a person I would have liked to know. 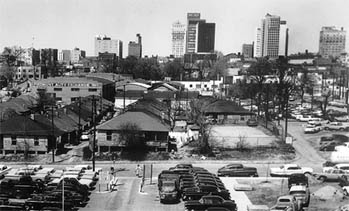 Reverend Ebenezer Gabriel Polk ("Eben") is the faithful pastor of St. Tim's and unofficial church historian of the church cemetery and the 151 slaves that were buried there. His third-person account of watching his cemetery and community bulldozed is gripping and poignant. (Personal note: Since I have included  a cemetery disinterment in Half-Truths, I was interested in how Mayhew incorporated that into the story.) Eben's own family history (most likely descended from President Polk), his sorrow over his deceased wife and his brother's tragedies, and his commitment to his community weave throughout the book. 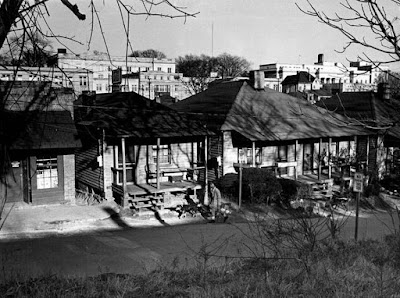 Persy, a white woman who has had struggles of her own, is the third point-of-view in the story. Her childless and loveless marriage contrasts with the loving family relationships in Brooklyn. Her husband is on the committee for urban renewal and she is as helpless to stop him as she is to heal their failing marriage. Although Persy is mainly on the periphery of the story, her life intersects with Loraylee's when they both are at the beach, and Persy is instrumental in saving Loraylee's son's life in a near-drowning. 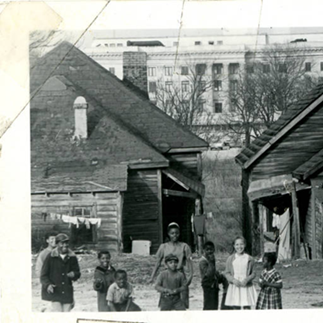 Half-Truths takes place about ten years before Brooklyn's urban renewal. Although it is in a different area of the city, Black leaders were concerned about how urban renewal would not provide relocation to the families and businesses. In this article, local NAACP leader, Mr. Kelly Alexander (who makes a cameo appearance in Half-Truths) stated some of his concerns.

Next week, I am interviewing A.J. on my blog. Leave me a comment on this blog and I'll enter your name in the giveaway. Enter again next week, and you're in twice! Tomorrow's Bread could be yours! Make sure you leave your email address if you are new to my blog.

Thanks for the review! Sounds like a great narrative to read. I like that it's based on such history from North Carolina; a place close to my own home here in South Carolina. :) Any stories from either Carolina is one to read!

Thanks for highlighting this book. I'd love to read it!

Thanks Diane and Carol. Your names start the list!

Thanks for pointing us to another fascinating piece of Charlotte's history, Carol. Sounds like a great read. And I love how you are weaving parts of this past into your own historical novel.

Another wonderful review, dear friend. The book sounds fascinating, especially since I love writing about events that really happened. I'm sure the book will make all who read it think twice when they pass a not so pristine part of any city. As always we think only of the negative elements in areas of blight and forget that real caring people live there.

I've always loved books that show and explain a time and place that has been lost to history. I would love to read this book.

This sounds absolutely fascinating. Thanks for telling me about it.

Thanks PJ. Make sure you leave me your email address in case you win!

Oh wow! If love to read this. And win it!

Yes, you would love this book Joyce.

I love this post, Carol. Great information and build up to your novel. Can't wait to read the final product.