SHIPS, SECRETS, and SURVIVORS: A Book Review and Autographed Giveaway

In a departure from my recent run on picture book reviews, today I'm recommending, Ships, Secrets, and Survivors, a YA fantasy debut novel by co-authors Sarah Rodecker and Helena George. 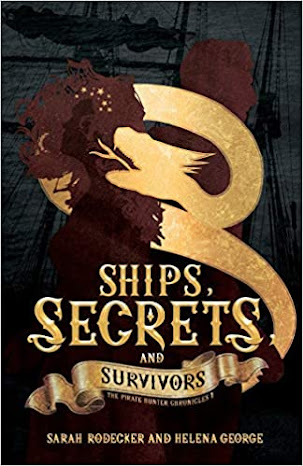 If you or a teen reader you know, enjoy stories that include a princess who would rather be a sailor; evil pirates who are related to the good guys; assassins--on both the good and bad side of the coin; sea dragons (always evil and scary); and a process to select the next ambassador that rivals the Hunger Games; a sprinkle of magic, PLUS talking ships (my favorite characters)...then this will be a book that you or (your favorite teen reader) will want to read.

In the first part of the book, the reader meets an elaborate crew of characters who are competing to be the next Ambassadors of the Alliance. This selection process unveils the backstories of the two point of view characters, Princess Avi and assassin Ravin, and ends with the two of them escaping from life-threatening calamities and being on board the same ship--the legendary Red Wind. 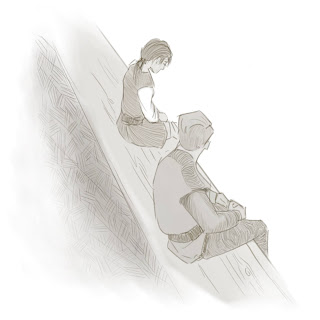 The second part of the book details the Red Wind's crews' adventures in their journey to hunt down the infamous pirate Captain Rev Martin. Along the way they encounter traitors (proving you can never really tell who you can trust), have countless sword fights with pirates, are threatened by sea dragons, suffer shipwreck, and are abandoned on a deserted island. 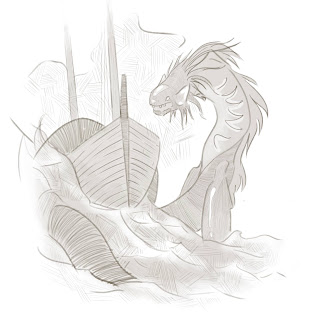 In the process, the reader discovers that the Red Wind is truly magical and can feel, speak, and suffer wounds.  Each chapter begins with a short paragraph written by the narrator (whose identity is revealed at the end) about the Red Wind legends. Since I am a fan of stories within stories, I really enjoyed these snippets that made more and more sense as the story progressed.  As I mentioned above, the ship itself is a wonderful character with a mind of her own and fiercely loyal to her captain and crew.

I was curious about how these young authors came up with the idea of talking ships, and Helena said, "When the concept of Jay (the captain) and his ship originally came to me, Red Wind had no sails. When Sarah and I started delving into WHY and HOW, we came up with the "live ships" concept. How ships come alive, and why they move on their own is explored in the other books.

The next book in the PIRATE HUNTER CHRONICLES was released in May. Click here to read about Sin, Sons, and Siren Songs and the upcoming titles in the series.

In case you're thinking of collaborating on a book, Helena shares about their co-writing journey on her blog. I asked her how long it took them to co-write this book. She replied: "We brainstormed and wrote about half the book in around a year. It was totally on the backburner. Then I wrote the last half by myself in late 2019 for NaNoWriMo. After that, it took us about half a year to edit, get cover art, and plan for self-publishing. Not counting any pre-writing/brainstorming, I'd say it takes us around half a year to draft, edit, and format everything.

I have a gently used, autographed (by both authors) copy to give away. PLEASE leave me your email address if you are new to my blog; continental U.S. addresses only. Giveaway ends on June 18.

I know I would enjoy reading this book--from what you described, it has so much I love about YA adventure books set on the seas.

Thanks, Lisa. I think you would enjoy this book.

Looks like loads of fun and something my granddaughter would enjoy!

Dear Carol,
Reading about how others survive conflicts in books helps us figure out a way to survive in our own lives. Thanks for sharing good books. I don't want to be in the drawing.

Enjoy your day!
Never Give Up
Joan

Thanks for your comments, Joyce and Joan. And yes, Joyce, your granddaughter would enjoy this book!

I'm far from a teen but I think I would find this a fun read as much as my granddaughter would!

I;m not much of a fantasy reader, but this one sounds really fun. I will pass on the giveaway.