"What Else Do You Have?" A Conversation with Lisa Kline

In the next two blog posts Lisa Kline, author of the Sisters in All Seasons books shares how this five book series was born. 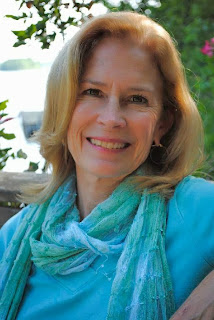 I imagine that many series first come into being as a proposal with a synopsis for each book. Mine didn’t come about that way.

Several years ago, I wrote a book about two stepsisters, Stephanie and Diana, on vacation at a mountain ranch with their newly married parents. My publisher wasn’t interested. I sent it to a few more publishers, and they weren’t interested, either. With great sadness, I put those characters behind me, wrote some other books, and a couple of years went by.

After my agent sold Write Before Your Eyes, she said, “What else do you have?” And I told her I had this manuscript about two stepsisters. “Send it to me,” she said. I had a rush of emotion.  I wanted the manuscript to have another chance, but didn’t want to get my hopes too high. But after she read it, she suggested I change it from third person to first. I balked. I had so carefully chosen third when I wrote it. But I decided the change was worth a try. This was a fairly extensive process, much more than just changing pronouns. It involved “revisioning” everything and working to differentiate the girls’ voices better. Making that change brought me closer to both characters. It seemed to open channels of understanding for me. Only a few months later, my agent sold the manuscript to Zondervan. But they didn’t just want Summer of the Wolves. They also wanted three more books about Stephanie and Diana. And their schedule called for me to write each of the books in about seven months.

It was a surreal feeling. I was exhilarated and panicking at the same time. I’d never written a book that fast before. Eleanor Hill, my first book, which was historical fiction, took about three years. The others had taken about two years apiece. But wasn’t this what I’d always dreamed of? And the hardest part, the character development, was already mostly done. No matter how intimidated I was, how could I say “no?”

The pub board immediately asked me for ideas for settings and plotlines. I spent several weeks feverishly brainstorming. I knew that I didn’t have time to actually visit locations for the books, so I decided to write about places I’d already been. There was a wildlife adventure in Summer of the Wolves, so I decided each book should have a wildlife adventure. And somehow the idea that the books might take place in different seasons formed. So my editor and I hit on the title for the series – Sisters in All Seasons.

I bombarded my agent and writers’ group with scenarios and they helped me refine them. After I submitted these ideas to the pub board, they chose their top three. My editor then told me that the covers for all of the books would be shot over a two-day shoot so that the girls they’d chosen as models for Diana and Stephanie wouldn’t age too much between covers. So, the covers were shot before I had written the first words of the books. I’ll be honest, I was freaking out!

Lisa will continue her story next week and will also be giving away a copy of the last book in this series, Seasons of Change. 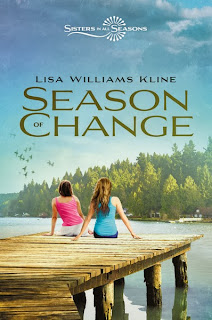 If you are attending the SCBWI Carolinas annual conference, Lisa and her good friend Chris Woodworth, are co-presenting a workshop on "Characters we Care About."
at September 20, 2013 18 comments:

Congratulations to Jeannie Smith who won Deanna Klingel's book, "Cracks in the Ice."

Writers have ongoing debates as to which is better, a character-driven story or one that is plot-driven. Obviously, both well developed characters and engaging plots are vital for a successful novel. As Rebecca Petruck said in a recent post, "Character and plot are Siamese twins. We must have plot to navigate so that we can experience how it would feel, but we only care about plot in how it reveals a character’s experience and feelings (her reactions)."

I've been working on my two protagonists' character arcs for Half- Truths, deepening my knowledge of who they are, and asking them each about what they want and why (yes, novelists do "talk" to their characters!).  In the process, I am discovering just how much character influences plot and visa versa.

So, when I read (or listen) to a book, I am trying to figure out how the author has brought her characters to life and what their journey--or character arcs--are.

Enter the latest book I have listened to:  Pinned by Sharon Flake. I thought as an exercise for me and to give you a taste of this excellent young adult book, I'd give a brief description of the characters and their arcs. But don't worry, I'll try hard not to include any spoilers. 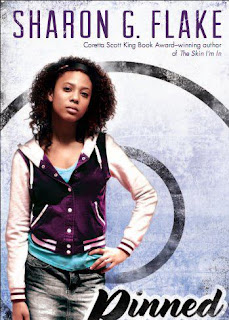 Adonis Miller is a brilliant 9th-grader who manages the school's wrestling team, tutors fellow students, and volunteers at the library--all from his wheelchair. He values honesty, hard work, and has little patience for students who don't apply themselves in school.

Autumn Knight is the only girl wrestler on the school team, reads below her grade level, hates math, dreams of opening a restaurant, and loves Adonis. She is attractive, friendly, and brutally honest.

The book opens by showing each character's normal: Adonis is busy with school work and managing the wrestling team and is annoyed by Autumn who will not leave him alone. Although Adonis detests girls who aren't smart, Autumn plagues his dreams. Adonis wants to do well in high school so he will be admitted to an excellent college.

Autumn lives to wrestle; she is good at it and knows it. She dismisses her academic struggles although in the background, her parents (who also have difficulty reading) are beginning to pressure her to bring up her grades. Autumn wants to excel at wrestling, get Adonis to like her, and wishes that her failing grades wouldn't matter.

Told from alternating points-of-view, Flake shows how both Adonis and Autumn seek to obtain their goals and are frustrated either by themselves (Autumn's inability to focus on her work leads to poorer grades and removal from the wrestling  team) or by each other (Adonis wants not to like/be seen with a girl like Autumn but is drawn to her).

Although Adonis feels as if he is perfectly adjusted to the fact that he was born without legs, memories of a time when he was totally helpless plague him. Autumn matter-of-factly accepts his disability and texts him,

"Disabled is me not being able to read. And you with out legs. So (u+me) = perfect. Right?"

Her honest observations about how they are both "stuck" in their predicaments helps Adonis get out of his friendless world. Flake avoids the simple solution of Adonis becoming Autumn's tutor, but allows Autumn to figure out how (and why) she will learn how to read.

Read this book to enjoy a powerful novel with wonderful, authentic voices. And after you do, you'll understand the title of this blog.
at September 09, 2013 6 comments:

As promised, this week's blog is brought to you by Deanna Klingel. When I read Deanna's Facebook post about how a query letter resulted in a contract for three picture books that "had been in her drawer for 25 years," I asked her to be a guest blogger. Without further ado, here are Deanna's thoughts about writing a query, followed by a portion of her winning query.
There’s always a short cut. You can steep a perfect cup of tea, or you dunk a bag in microwaved water in 45 seconds. Not a perfect cup, but you can drink it. You can let your yeast dough rise under a damp cloth or you can pop a freezer loaf into the oven. It tastes like bread. But it won’t have that memorable lasting aroma. Some things just take longer if you want perfection.

For writers who spend months perfecting their manuscript, the short cut is often the query letter.  Recently I received a reply from a submission. It was rejected because they have that line through 2015. However, the letter raved about the query letter. Her opening line was congratulations on a very nice query letter. Well done, she said; a pleasure to read; an excellent query letter. I felt like I’d won the lottery. What made this query stand out and get this publisher’s attention? I compare it to many others I’ve written, and see hardly any difference; nearly the same, yet not quite.

Two weeks later a publisher accepted a three-book series for children based only on the query letter. She hadn’t seen the manuscript. When I compare this query to previous ones, I don’t see any one thing stand out.

It’s the overall package I think makes the difference. It’s the difference between a steeping and rising or a quick trip to the microwave that makes a difference. It’s all the small, seemingly insignificant things, including format and tone. It’s following to the minuscule guideline, and the same amount of polish as you use on a manuscript.

Most submissions are electronic. The email habit is a quick memo, no proofing, no format, no formality; the short cut. The query is not the place to short cut. Everything depends on its perfection.

**************
(Please note that Deanna mentioned an illustrator because the publisher had requested input on illustrations, she had previously worked with him, and he was known to the publisher. It's VITAL that you play by the rules--and completely follow a publisher's guidelines.)

Please consider the following works which are completed and edited for line and content.

This is a series of storybooks for very young children. Beth's Birds is a "bird identification" book with little Beth physically displaying the various bird's attitudes. Beth and the Night is an explanation of the night noises that are frightening until she knows what they really are. Beth's Backyard Friends is an identity book of the small mammals that frequent backyards, told by Beth, of course.

Beth's Birds has been illustrated by an artist in Melbourne, Australia. They are beautiful chalk drawings and remarkable birds. However, if the books are to be done as a series, they should have all the same artwork done by the same artist. I do have an illustrator to work with. He's also created two of my covers.

***********
To celebrate her winning query, Deanna is giving away a copy of her young adult book, Cracks in the Ice. 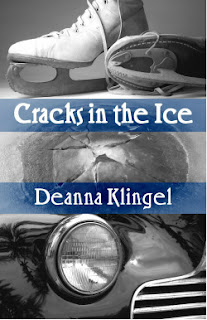 Leave me a comment with your email address (if you don't think I have it) and I will put your name in the hat. Winner will be drawn on Saturday, September 7.