As educators and parents we’re always thrilled when we connect with a student or child.  That was my experience while working with a student who is a part of the tutoring group I coordinate. A joint ministry of Christ Covenant Church and Covenant Day School, the group has met once a week for three years.


This year I initiated a “teaching time” at the beginning of the hour in which the adult and teen tutors took turns teaching about any subject that interested them and which the boys might enjoy. Presentations included talks on nutrition, choosing a college, playing the guitar, being an airplane pilot, and (I must admit) I slipped in a few writing mini-lessons.
Since I just returned from Spain, a mini-lesson on the country was in order. I spread out country maps on the floor as well as the Madrid map which was published by McDonald’s. They had fun locating the restaurants and then checking out the coins I had brought home. The boys devoured the chocolate candy, but weren’t fans of the anise cookies (not too many people are) that I had bought for one Euro.
Several students drifted away to do their homework, but Patrick who is just finishing fifth grade, stayed to look at pictures on my laptop. For three years Patrick has preferred to work alone and rarely met my gaze. Suddenly, animated conversation flowed between us.
First he asked me if I had met any British people. This led to a conversation about the Revolutionary War Then he asked me if I had met Sir Isaac Newton. A quick math mini-lesson later, we were looking at my pictures from Spain.
Even though he couldn’t read the writing, this graffiti intrigued him, 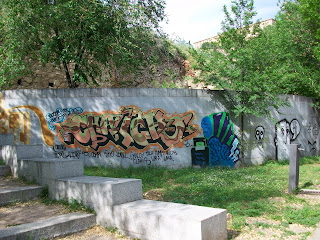 And he was visibly impressed with, 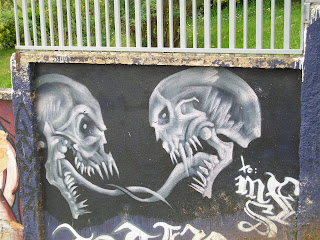 When I showed him pictures of Toledo, a medieval city, we talked about why ancient cities were surrounded by walls.  I pointed out that just as these city’s inhabitants were protected by the walls, God is our protector. “For thou hast been a shelter for me, [and] a strong tower from the enemy.” (Psalm 61:3) He nodded. 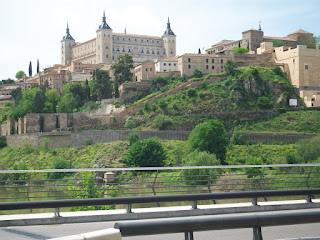 We talked about the reason that the city streets were so narrow, 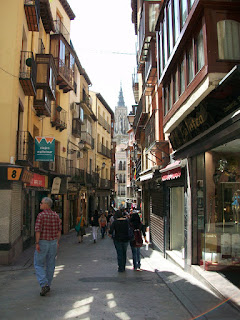 And how every town had it's own church.


We figured out why this modern building was built around this ancient wall: 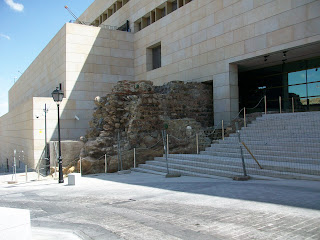 Patrick was interested in the stores that sold armor 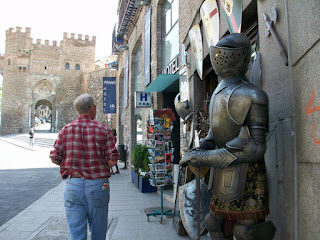 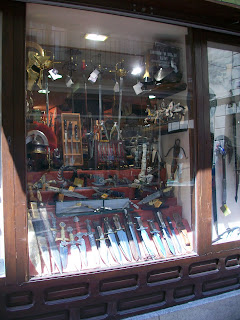 I told him how the swords from The Lord of the Ring were made in Toledo.


We looked at buildings, statues, plazas, and an old Roman well surrounded by the city of Oviedo,  where my daughter is studying. 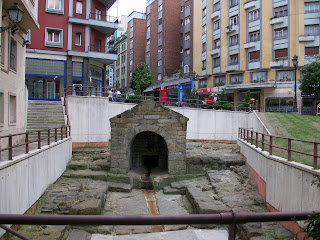 We didn’t finish going through my pictures and I was surprised when I looked at my watch and there were only five minutes left before it was time to go.


Teachable moments. I had about forty of them that day and they were each precious.

Wonderful story, Carol. How exciting that God has given you this opportunity.

And how inspiring that you have accepted it.

Thanks, Jean. I really enjoyed writing this blog. And it was so nice to see a result of perseverance!

Very very cool! I love the building built around the ancient wall.

But it is especially cool that Patrick was suddenly so engaged with you and in learning. Sounds like the beginning of a great friendship.

And good for you for introducing the concept of tutors teaching also.

Great job from photo essay to community involvement and ministry.

photo essay. yes, that's a good description. I was thinking it's a story through pictures and text (perhaps a blog version of a picture book!). As I write blogs like this (and read yours that have inspired me) I realize how much I like the concept of "story." hmmm...sounds like another blog.