Lorin Oberweger, the Free Expressions maven, taught our next "Your Best Book" class on Deep Scene.  As most writers recognize, scenes are the fundamental structural unit of every novel. “Every scene involves some type of negotiation between two people. A character wants something and has to strategize and bargain to achieve what he/she wants,” Lorin said. Conceptualized in this manner, each chapter may include several scenes.

The novelist’s job is to create interesting times and places in which the characters live and breathe. Lorin asked us, “How does the time and place impact your viewpoint character? Do they have psychological meaning for your character?” Novelists must identify and show the idiosyncratic details that their protagonist sees.

Writers need to define the inciting incident, which happens before the scene and propels the scene forward. Like falling dominoes, each scene should create the need for next scene. According to Lorin, “Your characters must put themselves up a tree, hate it, and want to get down.” As she pointed out to me in my WIP, “a protagonist must do more than just react to the moment.”

The character’s practical and emotional goals need to be their own goals, not the author’s. (Does this resonate with any other writer besides me?) As I mentioned last week, Lorin pointed out that my main characters were missing obtainable goals which will propel them through Half-Truths. Probing Lillie, my light-skinned African American 15-year-old, I discovered that she wants to become a doctor.

Every novelist wants to write a page turner. In order to do that, writers must infuse each scene with opposition: the friction, obstacles, and conflicts which characters encounter as they try to meet their goals. What conflicts will Lillie meet in trying to meet her goal? In the South in the 1950's she will meet plenty and she will need strategies--ways to get around the opposition-to turn her dreams into reality.

But, as writers we don't want our characters to immediately achieve their goals--the book wouldn't be a page turner if we did that! So, each scene also needs swings; shifts in strategy when the character is trying to achieve her goal.

Beats are emotional and psychological turns which the character must take in order to meet her goal. In other words, what changes will Lillie face--what sacrifices might she have to make--in order to accomplish her goal? She and I are still figuring that out.

Finally, each scene needs an outcome. "Most scenes should create a need for another scene. The thing that the character thought she wanted will come at a cost and create complications," Lorin said. "It'll be 'yes, but no.'"

Breaking down my book into scenes has helped me tremendously. You can create note cards using these headings, as well as any other scene elements you would like to include, print them on card stock, and fill out one per scene.

If you missed last week's post, here is the first blog in this series:  Free Expressions Takeaway Part I: Voice and Deep Point of View.

This was a great recap. Thanks!

Great to review what it is like to be knee-deep in deep scenes. Thanks, Carol.

I think I want to re-read my notes so many times that they'll be second nature to me!

Excellent insights into the craft!

Thanks Clara and Donna!

Yes but no! I like that. So much useful info here. Good to know I can come back and review while writing!

happy to have you revisit, Joyce! I will be reviewing this material myself!

Thanks so much for sharing this, Carol. Now to remember it all! I do plan to refer to this often.

It's there when you need it, LInda! 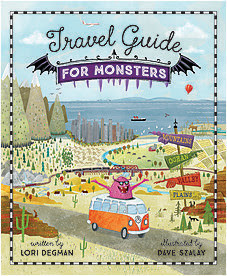