For the last three weeks in my "Writing for Children" class at Central Piedmont Community College, my students were treated to visits from authors I know through SCBWI Carolinas and WNBA: Emily Smith Pearce, Tameka Brown, and Christy Allen. In the next three blog posts I'll share some of the highlights of their talks plus give you a chance to win some fabulous books. 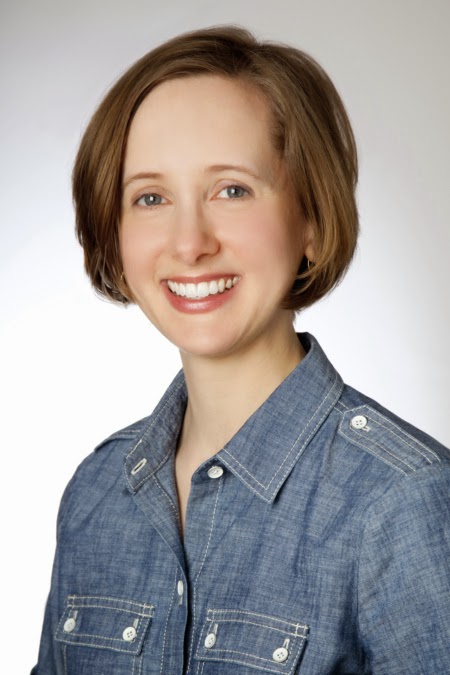 Emily Smith Pearce is the author of two children's books, mother of two busy elementary school children, crafter, and blogger. In January, 1999 she was in the second class to graduate from the Vermont College of Fine Arts with her Master's Degree in Writing for Children and Young Adults. She is currently working on a young adult novel and a nonfiction middle grade book on fashion history. She credits hanging out at the library where her mother, a children's librarian worked, as one of the things that influenced her the most in becoming a writer.

Here are some nuggets from Emily's presentation:
*********
Here's your opportunity to win an autographed copy of Isabel and the Miracle Baby.
“The tantrum-prone protagonist of this multi-layered debut novel seems a smidge spoiled at first glance, but underneath eight-year-old Isabel’s fits-and-starts temper lies a very ordinary need for attention. [T]he novel . . . becomes more noteworthy for Pearce’s graceful weaving of a larger and more difficult subject into the narrative: Isabel’s mother has had cancer . . . Pearce stays true to Isabel’s young perspective even as she conveys the character’s complicated discoveries about growing up.” —Publishers Weekly, starred review

This sounds really interesting! I'd love to win a copy of this book.

What lucky students to have you for a teacher, Carol. Thanks for sharing points from Emily's presentation. Look forward to reading some of the others.

Thank you Carol for sharing the wisdom from your class speakers. Emily, I love your line about having brain space left over! :)

Great to hear some of your back story, Emily. I love hearing that a student paid for your book with his own money. That's a huge compliment!

The boring day job advice sounds spot on. But I'll go a little further and suggest it shouldn't have to do with writing if you want to maximize writing time. It's easier to write for yourself if you haven't done it all day.

I am an avid follower of Emily's blog. I want to blog like she does. And I think it's totally cool that she was a pioneer at VCFA!

And yeah,I agree with PW - Isabel is a layered character dealing with some big concerns!

Great tips! Love the book cover. Talk about capturing emotion from the start.

Thanks Miriam, Lois, Kathy, Linda, Kim, Joyce & Barbara. It was great to read all your comments this morning. You are all entered in the giveaway.

Enjoyed reading snippets from Emily's presentation. And thanks, as always, for introducing me to wonderful authors I may not know. :)

Thanks, Kathy. I hope your bookshelves are getting heavier and heavier with my recommendations!

Thanks Carol and Emily. I love that an editor pointed out a story's merit and recommended changing it from PB to Early Reader. Good to hear.

Yes, that is encouraging to all of us, Linda!

Sounds like you're bringing some great speakers to your classes, Carol. Some great tips here. Thanks. I am a follower.

You are a wonderful follower, Rosi! 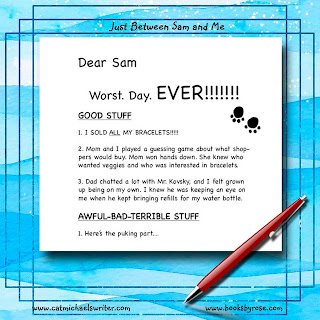