Congratulations to Barbara Younger who was last week's winner of Emily Pearce's book, Isabel and the Miracle Baby. By the way, for those of you who are in the middle of that interesting/challenging/unavoidable time of your life called menopause, Barbara runs a fun and informative blog on the subject!

In this second blog featuring my guest instructors, Tameka Brown shares some advice with my Writing for Children class at Central Piedmont Community College. 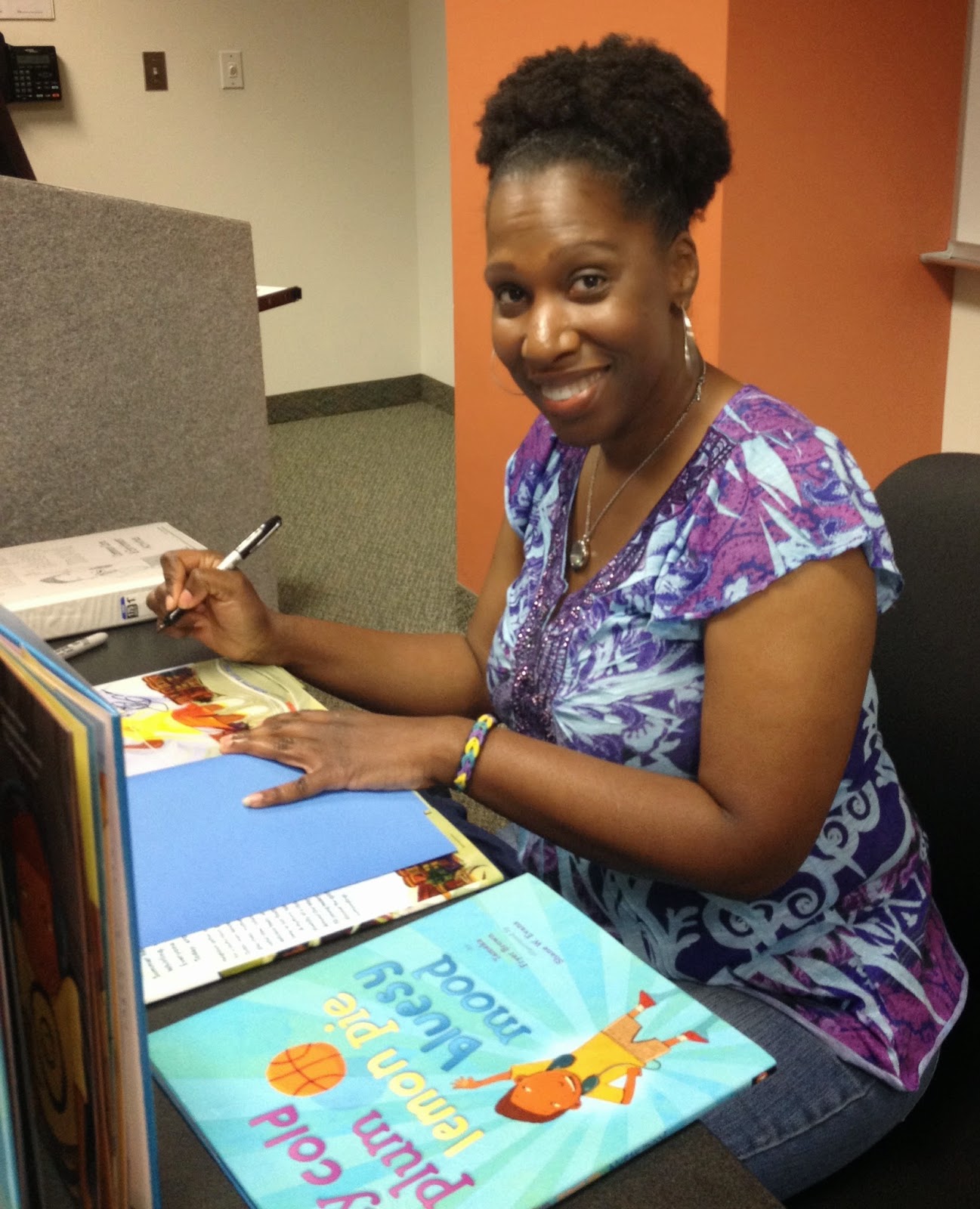 Tameka is a FTM (full time mother) who started writing picture books because she enjoyed reading them with her three daughters. She studied the craft, joined SCBWI, and published her first book Around Our Way on Neighbor's Day in 2010.  That was followed by My Cold Plum Lemon Pie Bluesy Mood in 2013 which received the prestigious Charlotte Zolotow Honor award. Read more about how Tameka developed this book which shows a day's worth of emotions, in my previous blog about her.  She currently has another picture book out on submission and is mulling around other projects. 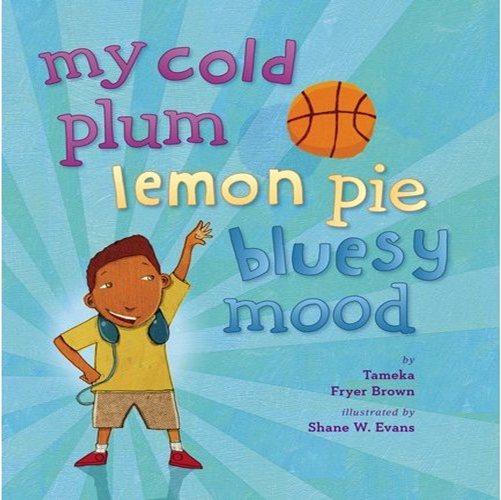 To win an autographed copy of My Cold Plum Lemon Pie Bluesy Mood, please leave me a comment by April 25. Open to U.S. addresses only. Share this on your social media of choice or become a new follower and I'll enter your name twice!

My kids and I found this book at the library and enjoyed it. I love the rhythm of the story!

Thanks for the blog shout out and I'm delighted to win the book. Not sure if I can enter again so soon, but I know my grandson would love Tameka's book, esp. since it has a boy on the cover.

Tameka, I like the description of illustrations as being dovetailed. Beautiful image. I also agree that writers must be willing to revise, revise, and revise. Keep writing!

Thanks Linda, Barbara, and Wendy. So cool, Wendy that you found it in your local library. Yes, Barbara you can enter twice--we grandmothers have to look out for one another. :) But I suspect you're going to have some competition on this one! But then you did in the last giveaway too!

Great tips and the one about inserting emotions from our experiences in addition to merely our experiences into our writing is so true. I have a few experiences part of me wants to write about, but I can't yet because I'm still too close to the subject and I can't get the proper emotional balance--the subject gets skewed towards bitterness and that's no fun to read!

I know what you mean, Kim. I try to write things down when they hit me so I can use them later.

Hi Tameka, Love your picture books and would love to share one of them with grand nieces in Wyoming. Hope to chat with you in Sept! Sheri Levy

I love the title Of Tameka Brown's My Cold Plum Lemon Pie Bluesy Mood--and the poems are great too. Well done.
Thanks for a great Poetry Month post.

JOy--thanks for your comment. ANd duh, this is a great poetry month post. I hadn't put that together! Put your name in the hat.

Thank you Carol for sharing these nuggets of knowledge from your class! Congratulations Tameka on the Charlotte Zolotow Honor award!

Thanks, Kathy. Look for one more post tomorrow. Leave me a comment early and you can be in on another fine giveaway!

Thanks for sharing Tameka and her books. Love you both.