In my last post you read the backstory about Kathleen Burkinshaw's middle grade book, The Last Cherry Blossom. Now, here's the review...but be warned, I'm including a spoiler alert! 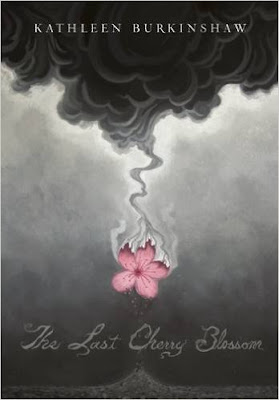 Twelve-year-old Yuriko has become accustomed to daily air raid drills and the sounds of American B-29's flying over Hiroshima. But even though the sounds are familiar, she is always worried: Will we actually get bombed? What if the school collapses? Will a desk actually protect me? Is my papa safe? How will I find him if a bomb hits us? (p. 2)

With that foreboding introduction, the reader is propelled into Yuriko's world in 1944.

Before Yuriko leaves school in this opening scene of The Last Cherry Blossom, she asks her teacher for her grade on her ancestral project she just completed. Yuriko is proud her lineage traces back to samurai warriors in the 1600's. Against the backdrop of her anxiety over the air raid drills, Yuriko does not receive the praise she anticipates. Instead her teacher says, "That is not right."

She leaves without telling Yuriko what's wrong with her paper.

That question, as well as the appearance of a friendly yet sad stranger, are mysteries snaking through this novel which will appeal to both girl and boy readers.

Yuriko's "normal" is living with her beloved Papa, her Aunt Kimiko  (who she doesn't particularly like) and her pesky, younger cousin Genji, and sharing secrets with her best friend, Machiko. As a member of the upper class she is protected, loved, educated, and the recipient of luxuries like custom-made silk kimonos for the annual cherry blossom festival.

Her life begins to change when her widowed father decides to remarry. At the same ceremony Kimiko remarries a man named Akira-san and suddenly the house holds two families instead of one. When an acquaintance alludes to a man named Nishimoto-san who would have loved to see her, Yuriko learns who her true parents are.  Like being hit by a bomb, Yurko begins to experience excruciating repercussions in her identity, family, and home life.

Burkinshaw's use of lines from newspapers, posters, and radio shows at the beginning of each chapter effectively sets the story within its' historical and political context. The next chapter after Yuriko hears her devastating news is sub-titled, "No matter what sort of air raid comes, the neighborhood association will be safe." Since we know what happened at Hiroshima, the neighborhood association's words foreshadow more bad news for Yuriko.

Right after Tokyo is bombed, Yuriko walks into a conversation between Akira-san and her papa.

"Do you really think they will bomb our city?" I asked, a quaver to my voice.

"Anything is possible in war." As Papa said this my stomach swarmed with butterflies. I ran to him and welcomed his embrace.

"Papa, are we all going to be all right?" I squeezed tighter. I swear all one hundred million hearts from the radio slogan were beating in my chest. Will fire be raining down on us soon? Maybe we should just live in the bomb shelters? But how is that really living?

He hugged me close and then stepped back. He looked at me and said, "I will keep you safe."

Akira-san added, "Our family's safety is our main concern." He glanced at Papa. "But now you should get ready for bed. It is late."

I nodded and gave him a hug as well. When I got to the door, I turned and asked, "Papa, do you think we will have school tomorrow?"

I noticed that both he and Akira-san looked up to answer. I did not know what made me feel worse--the fear that this new firebomb could be dropped on Hiroshima next or the tugging of my heart as both men responded to "Papa." (p. 133-4)

The Last Cherry Blossom reflects the mixture of cultures present in Japan during World War II. Yuriko's father loves The Three Stooges movies and she and Machiko listen to American jazz. At the same time, the emperor is considered divine and suicide is an honorable option if one falls into enemy hands.

There are many lovely references to cherry blossoms which tie the book together. After attending the annual cherry blossom festival and singing and dancing, Yuriko returns home to a family celebration.

Once we were all seated, Papa raises his glass and said, "Cherry blossoms are like life itself--so beautiful, yet so fragile that they bloom only a short time. A toast to my family and to enjoying our time together. Kanpai!" (p. 146)

After the bomb is dropped and Hiroshima is devastated, Yuriko faces one loss after another. Overwhelmed by sadness, she is close to giving up her own life. The sight of cherry blossoms falling off a tree help Yuriko choose a path out of despair and into a new life with a new family. As Kathleen Burkinshaw notes in the afterword, "Originally, scientists said nothing would grow again in Hiroshima soil for many years after the bomb was dropped. Yet the cherry blossoms bloomed the following spring." (p. 219)

To win my ARC, please leave me a comment by July 28. If you are new to my blog, make sure you leave your email address. AND if you decide to start following the blog, let me know and I'll enter your name twice. You can enter again even if you entered last week. Don't worry- I'm keeping track of the growing list of entries!

If random.org doesn't choose your name, you'll have another chance to win The Last Cherry Blossom in September. Joyce Hostetter and I will be giving away a copy through our next issue of Talking Story on "Radiation: Friend or Foe". And if all else fails, of course you can buy one here!

I look forward to attending the launch in Davidson on the 13th. How awesome for Kathleen!

Thanks, Teresa. Your name is in the hat. great SCBWI Carolinas success story!

This book sounds special and like an important point of view of that terrible time. I look forward to reading it.

Thanks, Theresa! I added your name another time!

That's a great review. Definitely a book I want to read. Please put my name in the hat too. Thank you.

I've pre-ordered a copy and also have it on Kindle so you can leave me out of the drawing! I am so glad some lucky individual will be winning this powerful story.

Thanks Vijaya (you're in twice) and Joyce for leaving comments!

What a wonderful review. I can't wait to read this novel sbout a terrible time in history. Not much information has filtered down through the years. I really believe this will nbe a very special read!!

This sounds like a really important book, one that will educate a lot of young people. Thanks for the chance to win a copy and thanks for the post.

It sounds like a sad, but touching story and I look forward to reading it.

Thanks Sheri, Rosi, and Kathy. I'll add your entries to my growing list. Glad to see Kathleen's book generating such excitement!

Carol, thank you so much for your lovely review of THE LAST CHERRY BLOSSOM. One of my favorite stories from my mom were of her and her family celebrating Sakura hanami (Cherry Blossom festival). I'm so glad that you highlighted that as well. You have given me so much encouragement along the way, and are a wonderful friend.
Teresa, thank you so much and I look forward to seeing you in Davidson! :)
Theresa, Vijaya,Joyce, Sheri, Rosi, and Kathy, Thank you very much for your kind words.
Good luck to everyone!

Thank you for offering this book on your blog. Best wishes to a lucky winner! Gail

Carol,
As usual, your review is superb. I am even more interested in reading THE LAST CHERRY BLOSSOM now. Thanks for this great post.

Thanks, Linda. Glad to hear my review piqued your interest more!

What a fantastic review, Carol! I can't wait to get the book.

I'm sorry that I will be out of town on the date of the launch in Davidson.

Thanks, Sandra. Kathleen is reading these comments and will appreciate yours!

The Last Cherry Blossom sounds like a wonderful story that weaves in family with the tragedy of war. Just from the few short quotes you gave I can tell that Kathleen is a talented author. I enjoyed getting to read your thoughtful review Carol! :)

You would like this one too, Anna. Thanks for catching up on your blog reading on my blog! Appreciate it! 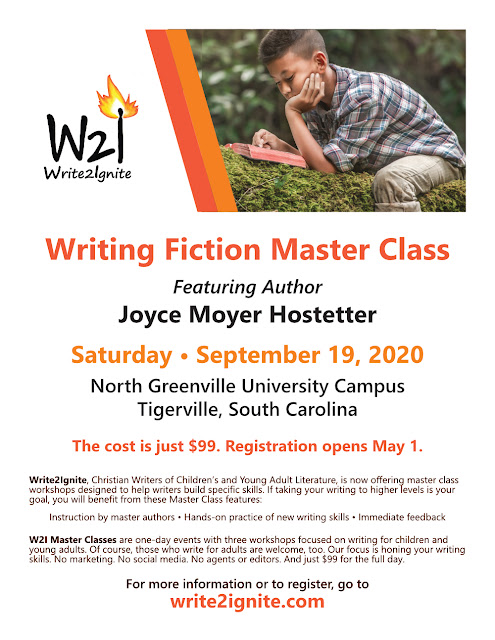