The Ghoul's Guide to Grammar and The Lady of the Library: 2 Reviews and 2 Giveaways

It's the time of year when pumpkins, scarecrows, and colorful leaves abound. So, I thought it would be a good time to feature two fall picture books published by Sleeping Bear Press.

THE GHOUL'S GUIDE TO GOOD GRAMMAR

This definitive ghoul's version of Eats, Shoots & Leaves will appeal to first-third grade students and their teachers. Written by Leslie Kimmelman and humorously illustrated by Mary Sullivan, this book is a fun way to reinforce punctuation, spelling, and homophone rules. 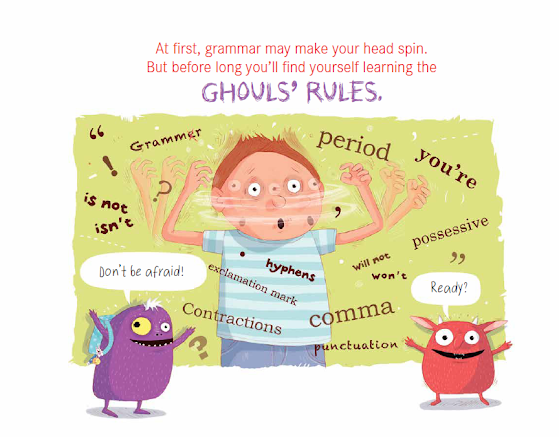 For example, how does adding a period change the meaning of a sentence? 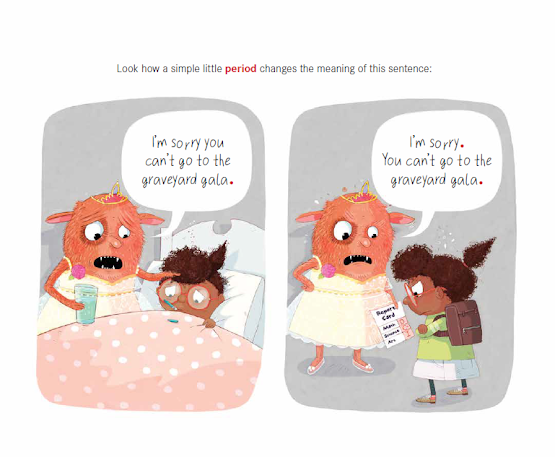 Or, what about changing the placement of a comma? It could be the difference between being eaten or staying alive! 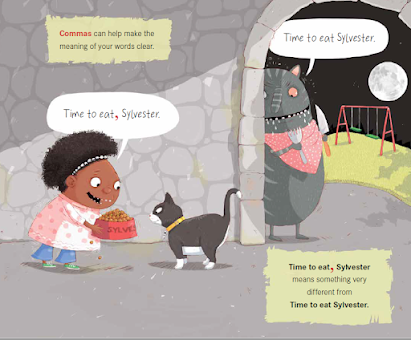 And what about the lowly apostrophe? That little mark means the difference between BEING slime or EATING slime! 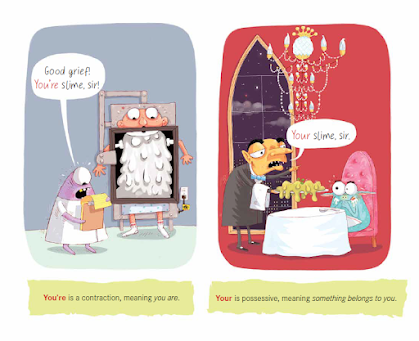 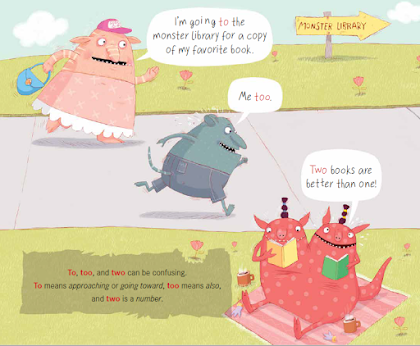 I think these ghouls will help students remember grammar rules and make teaching more fun for you.

THE LADY OF THE LIBRARY 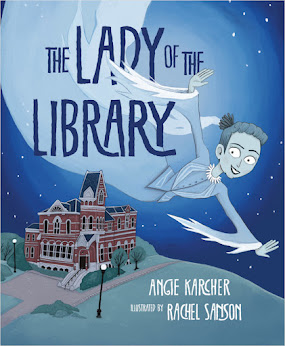 When a beloved old library is scheduled for demolition, an unusual "library lady" and a young patron team up to protect their favorite place from being torn down. 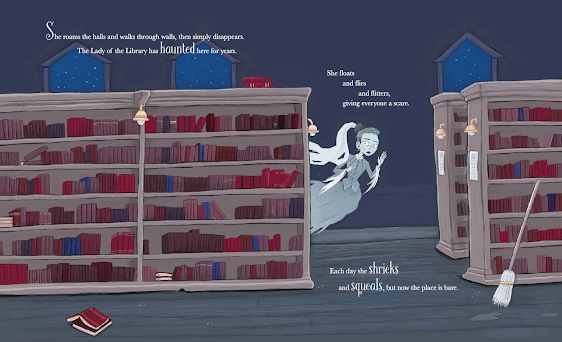 The lady sees how books are being packed up and can't believe her eyes. 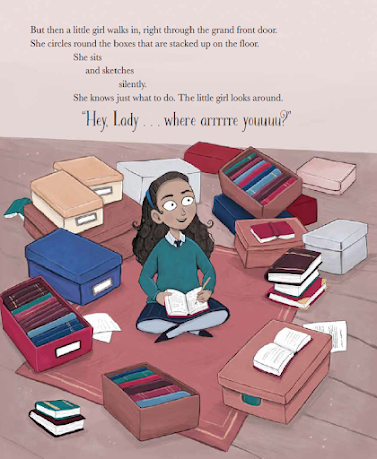 The little girl is determined to save the library and together:

as this crisis is extreme.

And this their first attempt at a risky rescue scheme.

First, they create a library train of falling books to raise money--but it's not enough.

Next, they build a slide inside the library to collect MORE money--but it's still not enough. 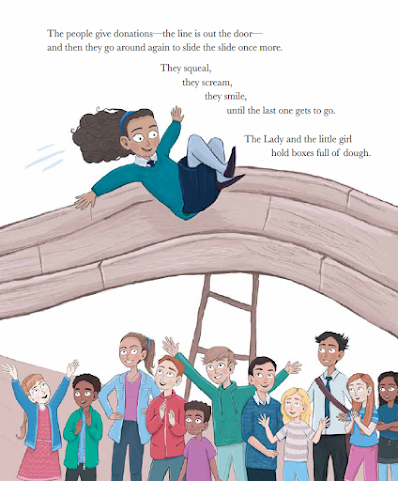 Finally, in a last ditch effort to save the library, the lady tells stories by flashlight. 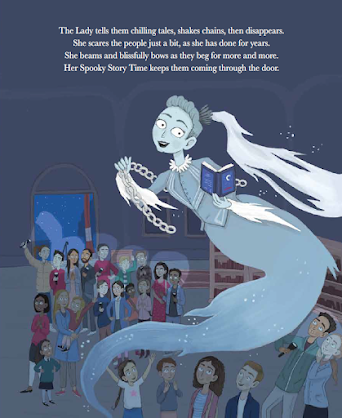 In the end, the mayor pledges his support and the beloved library is saved. 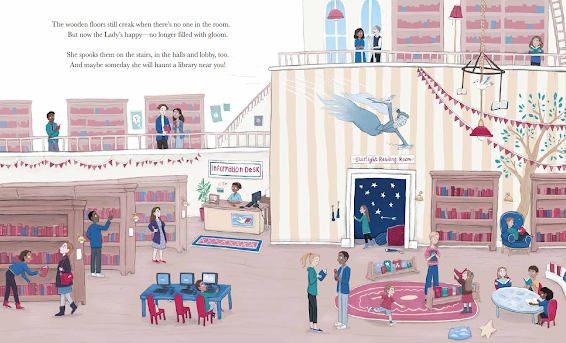 Back matter includes one page devoted to Willard Library in Evansville, Indiana which inspired this imaginary story, and a page about libraries.

Leave your name (and email address if you are new to my blog) and your book preference (if you have one) in the comments before 6 PM on October 23. Continental U.S. addresses only.
at October 21, 2021

Two of my very favorite things: libraries and grammar. Please
enter me! Thanks so much!

Both of these sound so fun. The Ghoul's Guide to Grammar would be perfect for my granddaughter in 2nd grade and the librarian in me would love The Lady of the Library. I would be thrilled to win either one!
Thanks for your giveaway.
Connie
cps1950(at)gmail(dot)com

You got it, Connie!

I never thought grammar could be fun. This little book is proof it can be. What a great way to help children learn the rules.

Saving the library not only enhances interest in the importance of having a library but also shows children that even they can make a difference.

Thanks Sandra, you're in!

I've seen these books featured on other blogs and love the humor of the grammar book. And of course, I love libraries so The Lady of the Library sounds exciting too. Please enter my name for either book and thank you for the chance.

These books seem to cover all the bases!

A perfect pairing for Halloween! I'm especially drawn to the Ghoul's Guide to Grammar.

You're in, Janet! thanks for commenting.

These both look really cute. I am particularly interested in Ghoul's Guide to Grammar. Thanks for the info and the chance.

Thanks Rosi. About to draw a winner and just found your comment!