Edgar, the cab driver, had a problem. 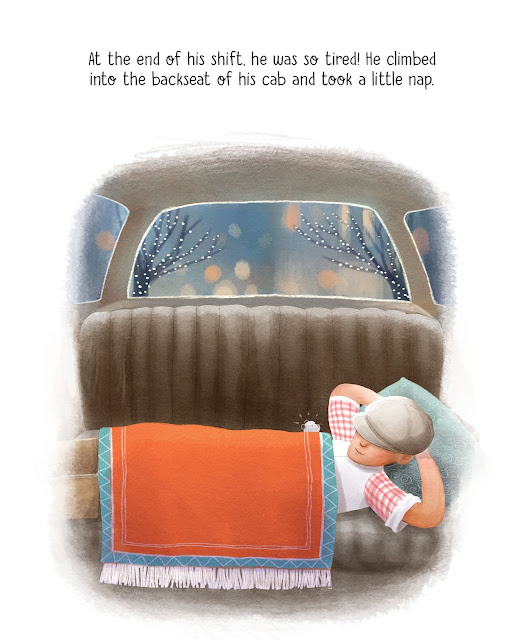 Ohhhf! Something scrambled onto his chest.

Ayyee! Something hard brushed his face.

Was it a dream?

No! It was a hamster!

Edgar tried to think who might have left a hamster in his cab, but couldn't think of anyone. He brought the hamster home, made a bed for him, and lit his Hanukkah menorah.

After failing to locate the hamster's owner through the cab company, 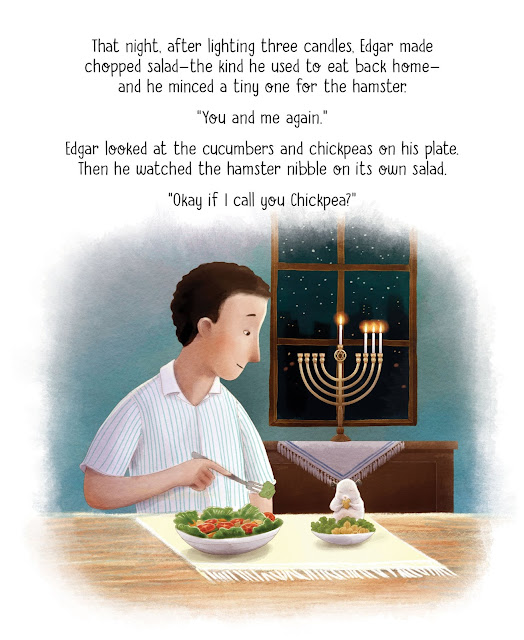 Throughout the celebration of Hanukkah, Edgar sends pictures of the hamster back to his family in Israel and searches for Chickpea's owner. Finally, on the eighth day Edgar drives to the outskirts of town where he recognizes a woman and her son. 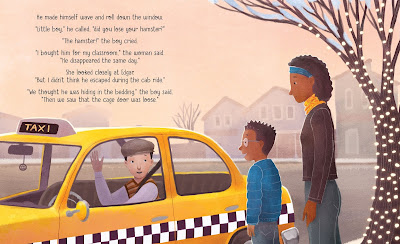 After Edgar shows them the pictures of Chickpea on his phone, the three realize that he is the hamster the woman bought for her classroom. The teacher understands that Edgar is far away from his Israeli family and decides to give the hamster to Edgar saying, "He looks right at home." 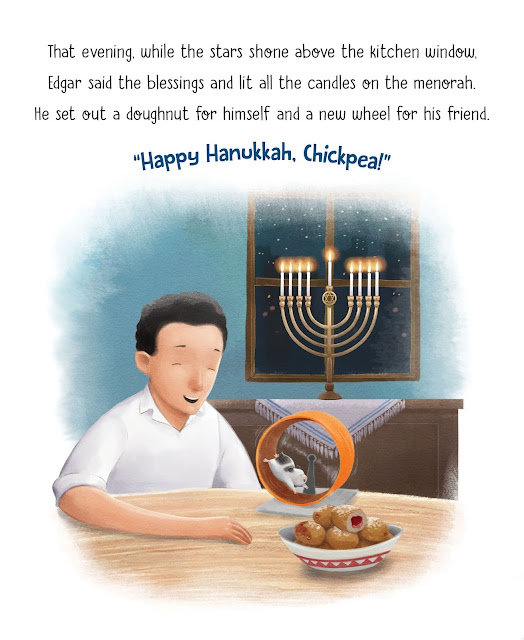 That is a sweet ending to a heart-warming story written by Michelle Markel, illustrated by Andre' Colin, and published by Sleeping Bear Press. 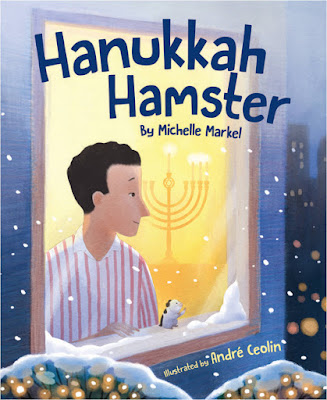 Hanukkah Hamster will make a lovely present for a young reader on your holiday list. Leave me a comment by November 29th and I'll enter your name in the giveaway. Make sure you leave me your email address if you are new to my blog.

This lioks like a wonderful book for young people. I always appreciate "picture books" that explain our differences as they entertain.
Connie
cps1950(at)gmail(dot)com

This seems like a sweet story. Thanks for the review. I will pass on the giveaway.

What a sweet and heartwarming story! A perfect message for everyone, too. Thank you for sharing, Carol. As always you do a fantastic job on your reviews. I’m tweeting this now!

Thanks, Clara. I appreciate your support!

Thanks Jo Lynn, You're in too!