Why I Love Researching Historical Fiction....Let Me Count the Ways

Recently, historical novelist and my good friend, Joyce Hostetter, posed these questions on her blog: “What makes research exciting for you?  What unexpected or particularly interesting forms has research taken for you recently?”
I took up your challenge, Joyce. Here are some answers from my research excursions: 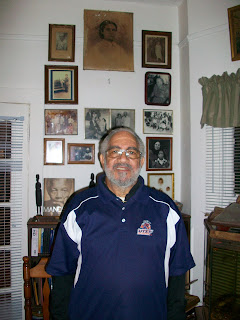 Last year I interviewed Charles Jones, a light brown-skinned African American who grew up in Charlotte during the 40’s and became a part of the sit-in movement in the 60’s. With Caucasian ancestors in his family tree, he was personally familiar with the racial prejudices of 1950 and quoted this frequently heard maxim: “If you’re light it’s all right, if you’re brown, stick around; if you’re back get to the back.” Both he and his sister Eva helped me to think about the possible connections between Lillie, my light-skinned African American character, and Kate, the story's protagonist.
In February I interviewed Vermelle Ely and Price Davis at the South Ward Alumni House in Charlotte. Price grew up in Cherry, which is the neighborhood in which Lillie lived. Price recalled receiving "hand-me down" books from whites-only schools. The back covers were missing and the books had already been used by so many students that there wasn't a place for him to write his name. Vermelle shared incidents when she or friends chose to pass--while shopping or riding an elevator at Efird's department store, getting their hair done, or moving up to the front of a line at a store. 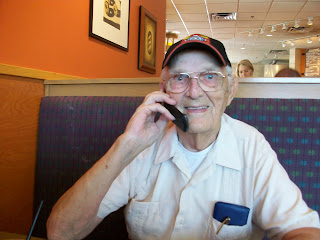 Several weeks ago I met Jerry Overman, a 92-year-old WWII and Korean war vet who had been interviewed in the Charlotte Observer. I discovered that he was born the same year as Kate’s father and he collaborated all of the dates that I had hypothetically constructed. Not only that, but he verified information about the draft, the Reserves and was an all-around, modern gentleman. 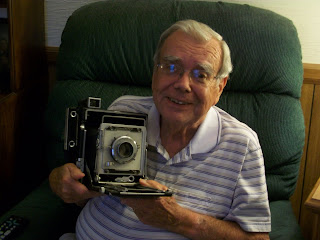 Today I spent two hours talking to Tommy (a former photographer for The Charlotte News) and Margaret Franklin, two native Charlotteans who graduated from the same high school as Kate’s sister Ginny. I had already spent time pouring over their annuals (yearbooks) trying to memorize hair styles, clothing, school activities, and the jargon their friends used when signing autographs. The Franklins shared memories of their hang-outs, the trouble they got into, and even some romances. 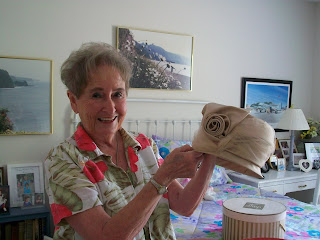 But the fun really started when Margaret pulled out her mother’s Ivey’s department store hatboxes and showed me the hats that her mother had worn. Then it hit me. My protagonist’s mother is a hatmaker. In my fictional world that I am creating, Kate’s mother could have created these hats! 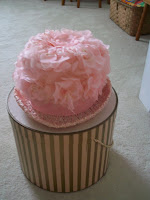 Clippings from the Charlotte Observer from 1950 about bridge parties, debutante announcements, and invitations to Coca Cola parties; black and white photos of dances and cars…these are all the things that thrill the hearts of historical novelists. 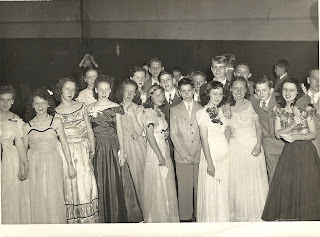 Great column, Carol! My in-laws enjoyed their visit with you. Don't you just love those hats??

Oooo! Research. I love it! And Joyce has agreed to join us on our Sunday night Chat at Write2Ignite!
I'm preparing a list of questions now.

Thanks for the inspiration, Carol.

Yes, Miriam, I loved the hats. And yes, Jean-- I love the research! Enjoy the chat with Joyce. I know it'll be great!