The Return of Eleanor Hill-- And a Giveaway!

Congratulations to Linda Phillips who won a copy of last week's giveaway, Turning On a Dime. Stay turned faithful blog followers, I have more books to give away over the next few weeks! 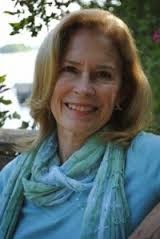 I met Lisa Kline when she presented a workshop on historical fiction at one of the first SCBWI events I organized in Charlotte. As she shared her process of writing Eleanor Hill and the way she used her family's history and primary documents, I was hooked. I knew after reading her book that this was the genre I wanted to explore.

Here is a summary of the story from Lisa's website:

Twelve year old Eleanor Hill knows that women in other places do more than hang laundry, tend gardens, and fry fish for dinner. But in Atlantic Grove, her isolated North Carolina village, most girls see nothing more in their futures than marriage to a fisherman and the meager existence that goes with it. Eleanor longs to experience the fast-changing world beyond Atlantic Grove -- she'd like to drive an automobile, see a picture show, and most of all, attend high school.

At last she has her chance. Without her papa's permission, Eleanor leaves home to live with her aunt and uncle in nearby New Bern. As she discovers the satisfactions of higher education, Eleanor also attracts the attentions of a handsome Italian immigrant boy and a prominent doctor's son. While spending her teenage years in New Bern, Eleanor begins to realize how valuable love and family are in her struggle for self-reliance. Set against the exhilarating backdrop of 1910's America, this engaging novel vividly portrays one girl's search for identity and experiences.

Eleanor Hill was first published in 1999 by Cricket. In March of 2014, it was newly released. I asked Lisa to share some background about the book as well as the process of bringing it back into print.

CAROL: Where does Eleanor Hill fit into your career as a writer? What did you learn by writing it?

LISA: This was my first novel. I used my grandmother’s letters and photos from her childhood and young adulthood as the basis for my story. I felt my way along and had absolutely no idea what I was doing. My grandmother’s spirit truly must have been looking over my shoulder as I wrote, because after I sent it out I had two publishers make offers for it. And then it won the North Carolina Juvenile Literature Award.

LISA: I found out from my mother, the day before my grandmother’s funeral, that she had been one of the first women in New Bern, North Carolina to learn to drive a car. I was fascinated with that. I thought she must have been a spirited and independent young woman. It made me want to know more about her, and perhaps write about her.

Also, when I inherited her letters, I found a number of notes from young men. One said, “Will you company (sic) me to church this Wednesday?” Of course the young men couldn’t call girls up because a small town like Atlantic had very few telephones in 1910. I knew that my grandmother’s love life needed to be part of my story. She also kept her monthly budgets, and so I saw that she used some of her salary to help her family members, and that made me admire her deeply. I fictionalized some of it, borrowed some of it from the letters, and used some of what I’d learned from my mom about my grandfather.

Family members in general seemed pleased. I have a cousin who bought lots of copies for her friends and family members. I did later hear that some people didn’t like the way I’d portrayed some family members, and felt very bad about that. I’d changed everyone’s name, and almost all characters I’d made up since I hadn’t known them. But it opened my eyes to being even more careful about things like that.

CAROL: What was the impetus for bringing it back into print? Whose decision was it? Any challenges with that?

LISA: I was approached by a small press called The Bridge about republishing Eleanor Hill. (www.thebridgebooks.com) A board member had read and loved the book. The press takes on select projects and I was honored to have my book be one of them.  I had gotten the rights back from Cricket many years ago – that’s something writers should always do when a book is taken out of print – and you do that just by writing your publisher a letter requesting that rights be returned to you. 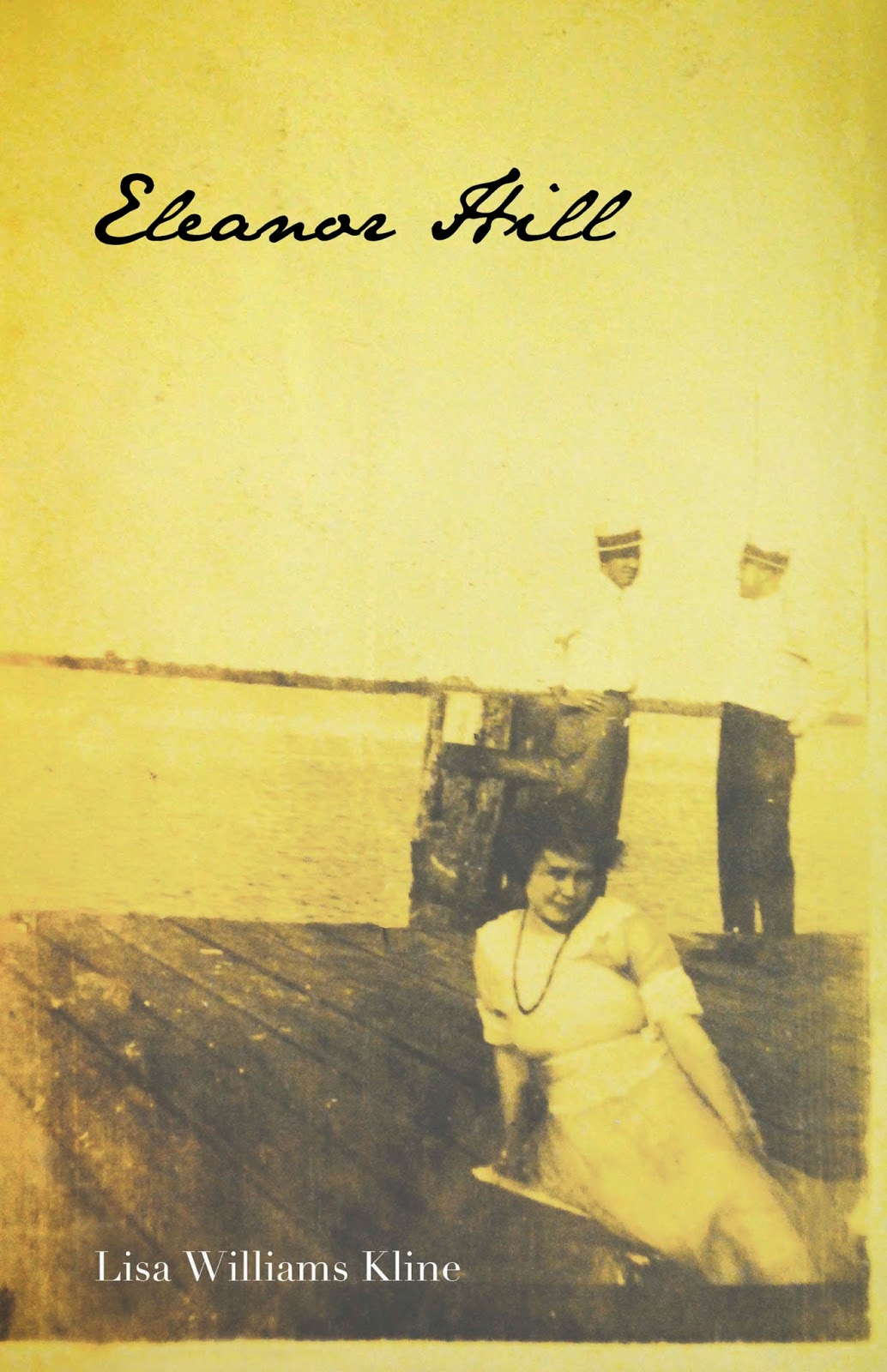 CAROL: Tell us about the cover change. Why and how was that image picked?

LISA: The cover is a photograph of my real grandmother on a dock in her hometown of Atlantic. My daughter, Kelsey Kline, a graphic designer, designed this cover. I love it. There are two men standing on the dock, both ostensibly ignoring my grandmother but in fact very much noticing her. And much of the book is about my grandmother’s decisions about family and independence and men, so it captures the essence of the book perfectly.


****************
Here's your chance to win an autographed copy of this outstanding book for a special girl in your life--or just for yourself. Leave me a comment by 7 PM on August 22. Make sure I have your email address too! For every time you post this giveaway on your social media of choice, I'll add your name to the hat an additional time.

If you don't win, look for Eleanor Hill on Amazon,  Barnes & Noble, Powells, or Indiebound.

I will be looking for this book. I love this kind of book. Thanks for telling me about it and for a chance to win a copy!

Thanks for giving this update on a wonderful book which I don't need to win because I long ago purchased it. I love that Lisa was approached to bring the book back, and that process is a hopeful story for all writers!

Rosi--I do believe that you and I share the same taste in books (as well as in bloggers too!) Thanks, LInda. It's a great book!

Sounds fascinating. My poor old WIP is a historical based loosely on my grandmother, too.

SOMEDAY maybe I'll get it finished.

Dear Carol,
It is intriguing how Lisa compiled all the information to write the book about her grandmother. I'm glad she's bringing it back into print.
I tweeted about it. Thanks for sharing.
I'd love to have a copy of the book.
Celebrate you.
Joan Y. Edwards
joanyedwards1@gmail.com

It's always great to learn about an author's process for writing historical fiction. Congratulations to Lisa for bringing her grandmother's story to life. I can tell that it was a very special writing journey for her.

Carol,
A friend and I attended that workshop. It was great! What year was that?

I have a copy of Lisa's book that I bought at the workshop. I remember the thrill of meeting Lisa and hearing about her writing experience. I'm happy to hear that it is in print again. I love the new cover.

Thanks, friends, for showing your support to Lisa! I've entered all your names (Jean, Barbara, Clara, LInda A.) and Joan, you are in twice!

I love Lisa's Sisters in All Seasons series. Her writing draws you into the story immediately.I'd love to read this historical story. If I don't win a copy, I'll buy one. Bring some copies to the SCBWI conference!!
Sheri Levy

Carol, thanks for posting this. I loved this story, in fact I have my own autographed copy of the book from its first printing! Lisa, I am so happy that it will be out again for a new audience to enjoy!

Thanks Kathleen and Sheri. You're both in--I appreciate your support of my blog and of Lisa!

Thanks to everyone for your comments! I know most of you and hope to see you at SCBWI and talk about your work. Eleanor Hill was a labor of love for me and it especially meant a lot to have Kelsey do the cover for the new version. Three generations!

Love this review from both you Lisa and Carol. I like it so much I'm reposting it on my author/artist FB site and on my website, too. So excited about it being republished. Fabulous Cover. Congratulations!

Thanks Gilda. You're in twice!!

Thanks for sharing about Lisa Kline's book--outstanding. Wonderful to know her debut novel features family and place. I would love to win a copy.

Thanks Grace, you're in!

I love how Lisa was inspired by her grandmother to write this story. What an incredible first novel. Glad she's re-releasing it!

Thanks Kim, your name just went in the hat!

Sounds like a wonderful book! I´m sure I would enjoy reading it :)I love this autumn time when I have good reason to stay home and read books- it´s raining almost every day.
mmyheartishere@gmail.com

Eleanor Hill is a North Carolina classic. A great read for adults and children, especially those interested in getting a realistic picture of coastal life in the early 1900s. Love this book!

Thanks, AW Camp for leaving the comment. But if you win--I';; need your email address!

Thanks, "My heart is here"-- what a great email address! Your name is in.

Hi Carol, thanks for this interview with Lisa Kline. It's so exciting and special to have letters and stories about one's ancestors. I keep thinking I'll write a story about what the soldiers went through in the Philippines during WWII. My grandfather was second in command on Corregador and had his black Scottish Terrier, Colin, with him. I was thinking of writing it from Colin's perspective. I do have Granddaddy's diary and letters from my father who was on Bataan.

Thanks for the interview. Sarah Maury Swan dale4sarah@suddenlink.net

Sarah-
thanks for leaving a comment. Your grandfather's letters are a treasure. I know of another story (I believe WWI) where the dog's story is prominently featured although I don't know if it's written from his POV. Hope you try your hand at it! Your name is in the hat!

Sarah-
thanks for leaving a comment. Your grandfather's letters are a treasure. I know of another story (I believe WWI) where the dog's story is prominently featured although I don't know if it's written from his POV. Hope you try your hand at it! Your name is in the hat!

Reading these comments, I am touched at how many family stories are yearning to be told. I do hope that those of you who want to write family stories will do so. If they're published, wonderful. If not, they still become a treasure for future generations.