*******
I love introducing new authors and illustrators and sharing news of upcoming publications. This time, Constance Lombardo, a writer/illustrator in the SCBWI-Carolinas region, takes center stage with her debut graphic novel. This week you'll hear about her path to publication; next week I'll review her book and give away an autographed copy of her ARC.


CAROL: Tell us a little about yourself. Your background, your dreams, how long you've been at the "I want to publish a book!" business. Did you go to school for writing or illustrating?

CONSTANCE: I got my BFA in Illustration from Syracuse University many moons ago. After graduation, I took painting, printmaking, writing, and pottery classes. I interned with a renowned community muralist in San Francisco. I drew and painted and was in gallery shows in San Francisco and New York.

CAROL: How did you get into writing children’s books?

CONSTANCE: When I had my baby, I read her my favorite picture books and realized that was what I wanted to do. When I was very little, I told my dad I wanted to make ‘books with drawings in them.’ It took me a while to get back to that dream!

CAROL: What steps did you take to make this dream come true?

CONSTANCE: I subbed my first book – a picture book called The Sky is Where the Sun Lives in 2003. In the following years, I wrote many picture books, two YA novels, and one MG novel. I joined SCBWI and attended several regional conferences and one national conference in NYC where I learned SO MUCH about writing, editing, publishing and networking. I formed a critique group in Asheville (The Secret Gardeners) and with the help of these resources I continued to grow as a writer and improve my skills to get to the next level. Highlights magazine bought one of my stories (as yet unpublished,) Humpty Dumpty’s magazine published one of my poems, and my illustrations have appeared in magazines (SCBWI Bulletin, New Moon Moon Girls) and on cd covers.

In 2011, I started drawing cats without a specific project in mind. Drawings led to comic strip panels, which led to a more realized narrative starring one irrepressible feline: Mr. Puffball. He wanted to go to Hollywood. He was naïve but optimistic (like me!) And he wanted a bow tie. 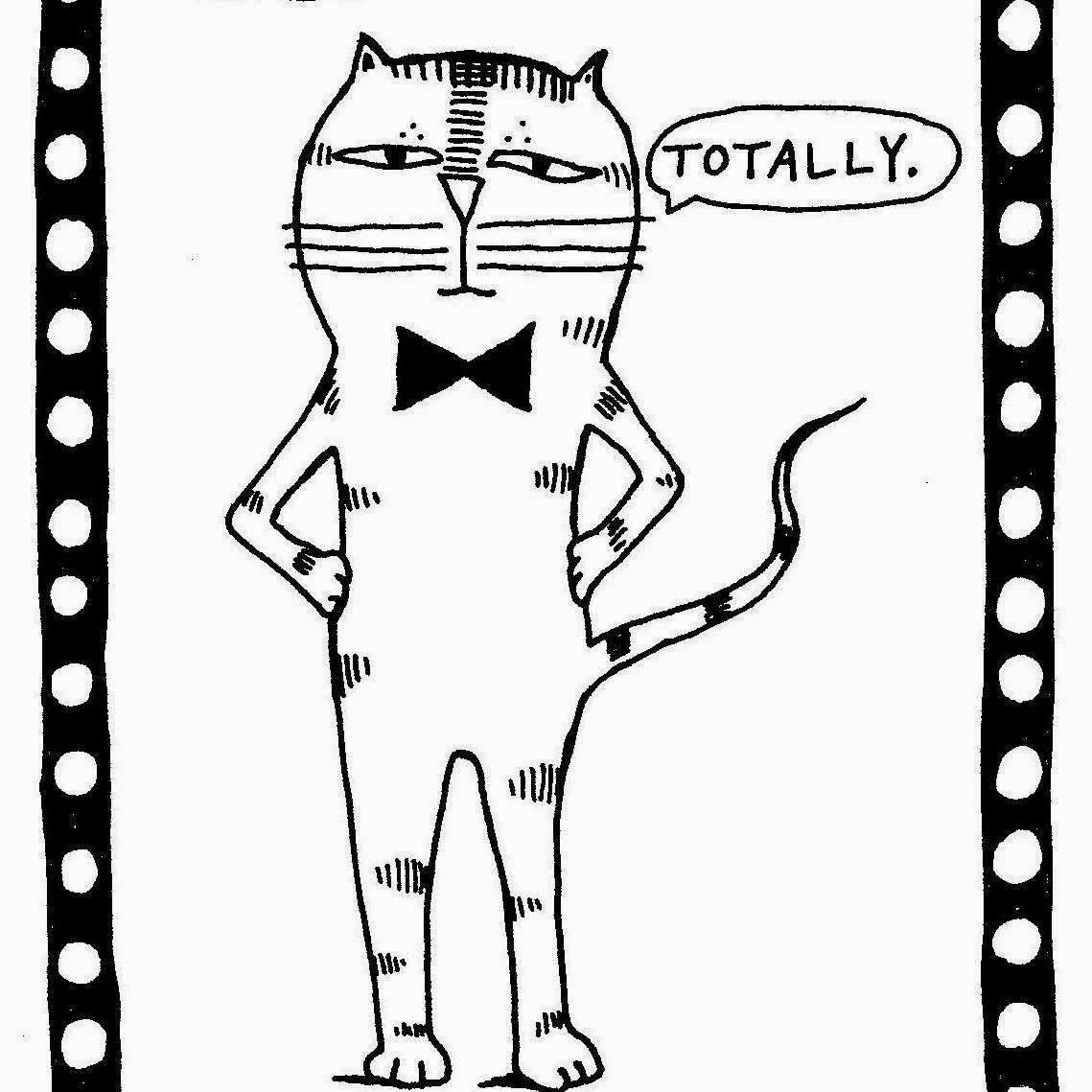 In 2012, SCBWI Carolinas hosted a Graphic Novel Workshop by Mark Siegel (Editorial Director, First Second Books) in Asheville, NC. (Thanks, SCBWI Carolinas!!) The timing could not have been more perfect. I got motivated to finish a rough draft, attended this wonderful workshop, learned a lot and left eager to submit my graphic novel.

CAROL: How did you find your agent and your publisher?

CONSTANCE: I began subbing and got some of the most positive feedback I’d ever received. I had subbed some picture books to the fabulous Lori Nowicki of Painted Words, and she expressed interest in seeing more. When I subbed my graphic novel, Lori seemed really interested and scheduled a phone date (Hooray!) I had subbed to agents for years, but this was my first phone call. Was I nervous! Fortunately, Lori and I really hit it off - she loved Mr. Puffball and gave me some excellent editorial guidance. I followed her suggestions and, a few months later, we signed! 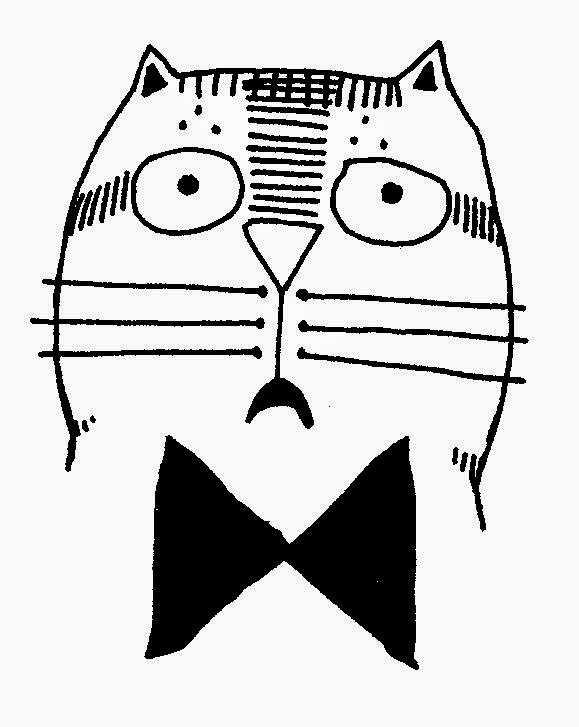 Within a few months, she connected me with my amazing editor, Jill Davis at Katherine Tegen Books/HarperCollins. Jill loved Mr. Puffball but wanted to see the book changed to an illustrated MG novel format (like Diary of a Wimpy Kid or Big Nate.) I went with that idea and loved where it took me. Jill showed it around Katherine Tegen Books, rooting for me all the way, and we soon signed a three book contract. The first Mr. Puffball comes out fall 2015, the second in 2016, and then the last in 2017. Yay!!! I am so lucky to work with Jill Davis. Now I know what it means to have a truly excellent editor – because of her, my novel is tons better than I ever could have imagined. (Thanks for bringing us together, Lori Nowicki!)

CAROL: That’s so exciting! Where are you in this process?
CONSTANCE: I am currently working on the 2nd book.  I love combining words and pictures and see myself working in this format on future projects. I would love to do a YA graphic novel or illustrated novel. And I still hope to publish a picture book or two (or three or four!) one day.

Next week I'll be posting a review of Constance's book and offer you a chance to win her ARC. Meanwhile, here's the synopsis:

In the illustrated middle grade novel, Mr. Puffball: Stunt Cat to the Stars by Constance Lombardo (Katherine Tegen Books, HarperCollins Children’s Books, fall 2015,) Mr. Puffball leaves his New Jersey home on a cross country trip (with postcards home to Mom!) to make his movie star dreams come true. When he lands in Hollywood, Mr. Puffball catapults himself into the next best thing to being a famous movie star: working as a stunt cat to his movie star hero, El Gato! (with over 200 drawings!)

Thanks so much, Carol!! Just want to address a typo: my editor's name is Jill Davis. thanks again for hosting me!!

Carol, thanks for featuring Constance's journey which is so encouraging to writers and illustrators. Congratulations, Constance! Your drawings are adorable!

Carol, you continue to get out the best news. Constance's journey has been amazing and as many have said, she is an inspiration. I absolutely cannot wait to see Mr. Puffball in action. Thanks for telling us more about wonderful Constance.

Thanks, Bonnie. I truly enjoy shouting out my friends' news! Thanks for stopping by. The book is Grrreat!

Stunt cat to the stars -- you've got to love that. I'll be looking forward to this one. Hope I get to read it before my granddaughter snatches it from my hands.

Thanks, Rosi. My kindergarten granddaughter practically did!

Great interview, ladies. I love that Mr. Puffball started out as something fun to draw with no particular destination. He must have spoken his wishes loud and clear, because you helped him achieve his dream and yours too. This process and result was meant to be! Congratulations!

Thanks, Linda. Come back next week to enter a chance to win the ARC!

The drawings are adorable and what a great concept! Loved learning about Constance's journey.

Thanks everybody for your kind words!! I'm so excited to launch Mr. Puffball into the world and appreciate Carol for helping him get out there!

Constance--it's my pleasure to host you! And thanks, Lisa, for your comment. Just wait until you read the book!!

Yay, Constance--and hooray for Mr. Puffball! Both of you are on a journey to success! Excited to see more postcards from the road. :-)
And thank you, Carol, for your interview series!

Bonnie, This will be another SCBWI Carolinas success story! THe book is terrific. Thanks for stopping by.

Carol, great way to introduce us to Constance and Mr. Puffball. I love hearing an SCBWI Carolinas member's path to publication! Constance, I look forward to seeing Mr. Puffball's adventures on a bookstore's shelf in the Fall!

Thanks, Kathleen! You're going to love this book!

I'm so excited for Constance! And Carol, that was a thorough review. Thanks! And do enter me, please!

Carol, so glad I made time to read your blog today! This is a marvelous looking book and I have a grand boy that loves cats and The Wimpy Kid format! Very clever, Constance. It was fun reading about your amazing journey into illustrating and writing. I will be sure to get a book!
Sheri

Thanks Sheri, for leaving me a comment. I'll add your name to the giveaway.