Extraordinary: A Review and an ARC Giveaway!

In some ways books are like babies: conceiving them and bringing them into the world requires a lot of effort. The mother (writer) does most of the work, but there’s usually a team that assists with the delivery.

As the critique coordinator for the SCBWI Carolinas Charlotte group for over twenty years, I had the privilege of helping several fellow writers "deliver" their books. Whenever they did, I’ve been as proud as an aunt and enjoy celebrating the arrival of their “babies.”

You heard about Linda Phillips’ book Crazy last fall and now it’s Miriam Franklin’s turn. Both authors brought their books through one laborious draft after another until their stories emerged- beautifully formed and ready for a world of readers. 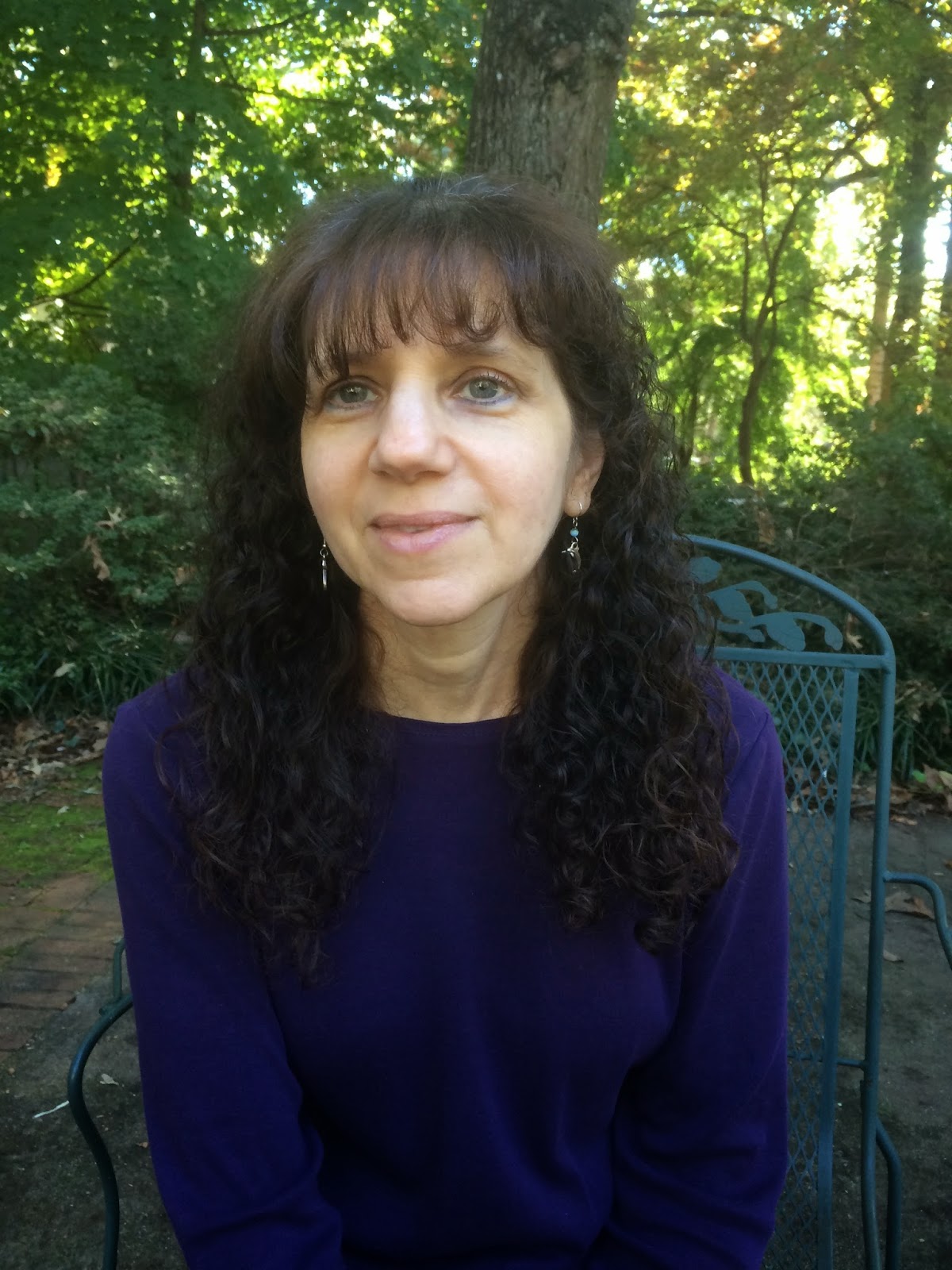 Over ten years I read several drafts of Miriam’s debut novel Extraordinary (Sky Pony Press, May 2015). In each one the kernel was the same: Ten-year-old Pansy's best friend, Anna, develops meningitis after a spring break camp. Pansy decides that if she becomes extraordinary, Anna will forgive her for all the promises she didn't keep. “Extraordinary” Pansy also wants to be the first person Anna sees after her brain surgery that hopefully will reduce her seizures.

Pansy’s wishful thinking—that she and Anna will return to the days of swimming at the beach, playing LEGOs with Anna’s twin brother Andy, and being Girl Scouts together—is not uncommon for children and adults when facing tragedy. 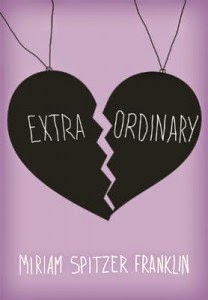 Pansy hasn’t forgiven herself since she backed out of her promise to Anna to attend camp over spring break. Pansy got scared, the two girls fought, and Anna slammed the door behind Pansy. The next time she saw Anna, her friend was in a hospital bed. "Anna couldn't talk, she couldn't understand what people were saying, and she didn't act like she knew me at all." (p.3)

While going for a hike with Andy, she thinks about how his family had to stay home with Anna. "You couldn't push a wheelchair on a trail in the mountains." (p. 86)

In the spring they'll come with us. I wanted to say. And Anna will win Poohsticks, like always, and she'll be the first one down the steps to the falls. But I kept my words inside. Maybe I was afraid to say them out loud, afraid they would just disappear as soon as they were out of my mouth--as if by telling someone else how I get, I might keep my hopes from coming true. (p. 86)

The book is full of Pansy's efforts to become extraordinary in order to be the type of friend Anna deserves. Some of her actions have funny, unexpected consequences. For example, she attempts to improve her Rollerblading skills but ends up being pulled by two huge dogs around a park. But her drive to redeem herself for her failures and be an extraordinary friend propels her forward.


No matter how worried or nervous I was, Anna always believed in me. And I knew she still did. I would never have put on skates, gone to the top of the list for Independent Reader, or joined Girl Scouts if it weren't for Anna. But now, it was my turn to be there for her. To believe that she as going to pull through this surgery, that she was going to come out of it stronger than ever before. That she was going to be Anna again and that she would be so proud of me for all I'd done. So I blocked out all those questions and concentrated on one thing: in less than two weeks, I'd be sure to have my best friend back. (p. 151)

Pansy can't wait to see Anna after her surgery. She's heard that it was successful and she goes to the hospital armed with high hopes, a balloon, and a box of Oreos--Anna's favorite. Pansy is stunned at her friend's appearance and behavior:


She just lay there, her head drooping down, her eyes poking lifeless. She didn't seem to care if I was there or not. (p.196)

When Anna drops her hand on the package of cookies, her family is ecstatic because she's finally using her right hand. But for Pansy, all is lost.


I'd imagined it all--Anna understanding my words when I told her about my goals, Anna looking at my badge and getting that I'd earned it for her. Now I knew that Anna hadn't understood that I was doing any of those things for her.

All my dreams about Anna's recovery instantly evaporated into the air. They were just dreams. That's all they were. (p.198)

Pansy wrestles with the hard facts of Anna's illness and discovers that by following Anna's brave example she can conquer some of her own fears. In that way, Pansy finds her own path to extraordinary.

*********
Miriam Franklin has captured a difficult topic for young readers to understand: how do you respond when your best friend suffers a serious illness. I hope you will consider pre-ordering this well-written book for yourself, or for a young reader in your life. This will be a perfect book for families who have experienced similar tragedies and will speak to adults as well as children. As Angela Ackerman said in a recent blog, this book is very relatable.

Leave me a comment by 7 PM on April 8 if you would like to receive my gently used copy of this ARC. If I don't have your email address, please make sure you leave that also. If you become a new follower of my blog or post this to your social media of choice, I'll enter your name twice--just make sure you let me know what you do.

Carol, I can't tell you how much I loved your account of the years the three of us have struggled together in the writing world, and how proud I am to have you both for friends. I'm so excited for this debut for you, Miriam, and Carol, we know yours is not far behind!

Thanks, Linda. We're all one family--aren't we?

Definitely, Carol! And thanks, Linda! I couldn't have gotten this far without my writing family. I can't believe in a month (hopefully) I'll have a real hardcopy of my book. Carol...you're next!

thanks Miriam. Both you and Linda have been examples to me of perseverance with a story you believe in !!

Carol,thank you for your review and congratulations for your friend's success. I follow you by email.
Connie
cps1950@gmail.com

Love hearing about everyone's perseverance. It is fun to hear about the progress each writer made after each critique. I know about revisions! This story definitely sounds like my kind of story! Look forward to reading it!
Thanks for another great blog interview, Carol!

Thanks Connie and Sheri. You;re in!

Congratulations on the publication on Extraordinary! And your story of friendship and perseverance.

Thanks Vijaya, PUt you name in the hat!

This sounds like a wonderful book. I think Miriam persevered as much as her young character. Congratulations to her. Please let someone else win, though. I am just buried in books right now. Thanks for the review. I will keep this on my TBR list.

Carol,
You must be so proud and happy for your friend, Miriam. I would love to be entered in the drawing. I'll post to FB too. Maybe that will draw more interest for another great debut book. Thanks for telling us more about it.

Thanks, Linda. I am proud and your name is in twice. Thanks for posting on FB!

Rosi- Thanks for putting this on your TBR list. You'll be glad you did!

Sounds so good! Yes, please add my name to your list. I'd love to read it and pass it along to my fourth grade granddaughter.

You're in Gretchen. Thanks! I think maybe you met Miriam--many years ago at Morrison library.

Thanks to everyone for your comments and support!
I appreciate anything you can do to spread the word about my debut as it makes its way into the world!

This is such great news! Miriam, I am so happy for you and can't wait to read your book!

Thanks, Dorothy. Put your name in the hat!

Thank you for sharing your books! I'm still looking forward to reading THE LAST BROTHER.

The book by Miriam Franklin, EXTRAORDINARY, published by Sky Press sounds like an interesting read.

Somebody will love your ARC giveaway for this month.

Thanks Gail, I was actually thinking of how you would enjoy this book! But it's sweet of you to comment and not put yourself in the giveaway. Enjoy "The Last Brother" with your grandkids!

Carol, great blog post. I am so happy for Miriam and I cannot wait to read EXTRAORDINARY! Yay for Sky pony press!