Behind the Scenes of Prisoner B-3087

Last week I reviewed Alan Gratz's acclaimed Holocaust book, Prisoner B-3087. Today, Alan generously agreed to answer questions about what this book has meant to him both professional and personally. 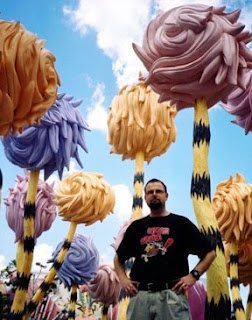 CAROL: I understand Scholastic contacted you first, to see if you were interested in writing this book. Can you share what went into that decision making process for you?

ALAN: Yes, Scholastic approached me. Jack and his wife Ruth took his story to Scholastic, and they immediately saw that it would make a great book. But neither Jack nor Ruth are writers, so Scholastic asked me to write the book. Once I heard Jack’s account of his time in the camps, I couldn't resist—it was such an incredible story! In particular, I liked that he survived. So many stories of the Holocaust of course did not end so well. And I knew that for writing middle grade, that would be important.

CAROL: What was you process for writing the book? I assumed you interviewed Jack at least once.

ALAN: I worked on the book for a while before I ever met Jack in person, using what he and his wife had told Scholastic about his experiences in World War II and doing a lot of research on the concentration camps on my own. Then, about halfway through writing the first draft, I got to fly to New York and meet Jack. We spent the afternoon at the Holocaust Museum in Manhattan, where some artifacts of Ruth's time during the war are on display.

Jack's memory isn't what it once was, and he wasn't able to remember the answers to some of the questions I had for him. But later, when he read my first draft of the book, a lot of things came back to him. I think he needed the world of the book to help jog his memory. Writing this book became a real process of discovery as Jack and I uncovered some memories he didn't know he had. I'm pleased that I was able to write something that brought the past to life again for him, even if a great deal of that past was painful.

CAROL What did you do next? I assumed you consulted other books on the Holocaust. Or did you interview other survivors? What stands out as the most helpful "other" source of information?

ALAN: I didn't interview other survivors, but I did read more accounts of the Holocaust--both academic and personal. I think the personal accounts were the most useful. It's the details I was looking for, not the general history. Specific things that happened to people. Events I could use to show real things that happened in the Holocaust. The reality was horrific enough without having to make things up.

CAROL: This is a novel and you make it clear in the back that it is a work of fiction. I don't know if you are able to distill how you wove together Jack's story with other information about the Holocaust, but your process interests me. How did you know when to take liberties with Jack's story? Perhaps an example or two might be helpful.

ALAN: Almost everything that happens to Jack in the book is real. But as I said before, Jack's memory isn't what it once was, and Scholastic really wanted us to see each of the ten camps Jack went to. And of course as a writer, I didn't want to just see them, I wanted something important to happen in each one. So while I had amazing stories from Jack's actual experience to put in--like hiding under the floorboards from Amon Goeth, or dealing with Moonface the kapo again and again, or watching the boy Fred die, or almost dying and then being tattooed at Birkenau--there were other times where I needed to fill in the blanks in Jack's memory. He remembered being at the salt mines, but not much more than the statues there. So I added, from reading another survivor's account, the scene where Jack sees the murdered body of a Jew who worked with the Nazis in the Krakow ghetto. Later, Jack remembered being at Bergen Belsen, but didn't have a specific story to tell about that experience. I had Jack see the "zoo" they kept at that the concentration camp, where the animals were fed better than the prisoners. Again, if something happens TO Jack, it's a good bet it really happened to him. It's the stuff he just sees and witnesses that I sometimes added, as I say in the back of the book, to give a fuller and more complete vision of the Holocaust. This was, after all, a book we expected to be used in Holocaust studies in schools.

CAROL: Do you consider this a collaborative work? Did Jack read any of your drafts and/or have input into them?

ALAN: As I said, Jack and his wife Ruth did read the drafts, and they gave me feedback on them. But I really did all the writing. Their input was more to get the details right. Part of the discovery was big things, but sometimes it was just small details. When I first interviewed him, Jack didn't remember the street he grew up on. When I chose one of the few streets in the Krakow ghetto then to be his home street for the story, he read that and immediately remembered that it wasn't right--and then DID remember the correct street. It was an odd book to write in that way--it was like the character I was writing would pop up every now and then and tell me, "No! Wait! That's not how it really happened!"

CAROL Have you done any public appearances with Jack?

ALAN: Jack and I filmed a video for Scholastic, which went on a DVD shown to students before releasing them into the Scholastic Book Fairs at their schools. But we haven't done any public appearances together. He's in New York, and I'm in North Carolina. Jack and Ruth both used to do a lot of school visits, telling their stories of survival, but they're both much older now and have a harder time traveling. I do a lot of school visits in Jack's stead now, carrying the torch for him and his story to a new generation.

CAROL: How has writing this book affected you both personally and professionally?

ALAN: Personally, spending time with Jack and his story and the world of the Holocaust has made me appreciate what I have--food on the table, a roof over my head, my family, my freedom--so much more. It's so easy to get wrapped up in day-to-day First World Problems and think the world is falling apart around you. All I have to do is think about how Jack's world really DID fall apart around him, how he lost EVERYTHING, even his name, his very identity, and it puts things into real perspective.

Professionally, PRISONER B-3087 has been a huge book for me. We've already sold more than a quarter of a million copies--most of those through the Scholastic Book Fairs--which makes it easily my best-selling and most widely-read book. It's been nominated for a dozen state awards, and its won three of them. I get two or three letters from student readers every week, and all of them clamor for me to write more books about World War II. Which is exactly what Scholastic wants too! I just turned in the first draft of a book about an Irish boy who is a spy in Nazi Germany in World War II as a part of the Hitler Youth, and I'm busy developing another book about the war. I will be very happy if my career becomes writing middle grade World War II historical fiction if kids keep begging to read more! 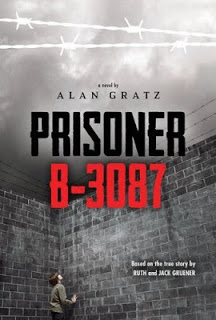 It's hard to keep up with all of Alan's books. His most recent novel, Code of Honor was just released. I'm currently reading The League of Seven, a steampunk/alternate history fantasy which won the 2015 SIBA Young Adult Book Award. Look for my review in a few weeks. And maybe a giveaway... although I think I have to save my autographed copy for my grandkids!

What a wonderful interview with Alan. It's fascinating to learn about his process in writing this book. Having just finished a book about WWII myself, I was particularly interested in how he wove the real story throughout.

There are so many stories locked in the minds of our disappearing WWII veterans. They need to be captured before they are lost forever.

Congratulations to you on a great blog and to Alan for preserving this important story.

Alan gets all the kudos for this blog, Sandra. I just asked the questions! I agree with your comment on capturing the stories.

Thank you for a great interview, Carol and Alan. Jewish history has been a looooong interest of mine and I'm glad to see another survival story. Alan, the best of luck in bringing WWII stories to life -- maybe we will have another great generation because of it. God bless you.

Thanks Vitaya. I know you'd enjoy this book.

Carol, thank you for inviting Alan to do this interview. Alan, thank you for accepting. I definitely want to read this one. I love that that Jack kept regaining bits of memory and correcting the fictionalized sections, when he could. The real main character did keep popping up. Keep writing these stories. The world needs them.

WWII historical fiction - such a great niche. And it's always gratifying when a publisher tells you what they'd love for you to write! Awesome, Alan!

Thanks to both of you for letting me glimpse the process.

Thanks LInda and Joyce. But really, the credit goes totally to Alan!

Great interview! I've added this to my wishlist to read!

Thank you for this excellent interview!! So interesting. I wonder if Alan has read Code Name Verity - a fascinating YA novel about young English people during WWII.

Thanks Kara and Constance. I read Code Name Verity and loved it too!

Carol, Such an interesting interview. It just shows, you never know where your next story will come from.

Thanks, Kathleen. But the kudos all belong to Alan!