Congratulations to Gretchen Griffith who won my autographed copy of SURE SIGNS OF CRAZY off last week's blog. Thanks to all who entered the contest.

One of the things I love to do on my blog--besides reviewing great middle grade or young adult books--is announcing a friend's publishing news. Today I am excited to share wonderful news from Halli Gomez--my former Tai Kwon Do instructor and fellow Your Best Book participant. Take it away, Halli! 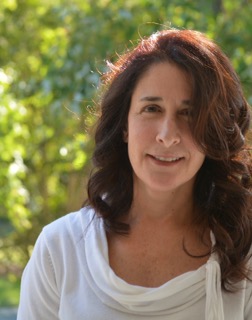 CAROL: I understand you just signed with Kathy Green of Kathryn Green Literary. How did you meet Kathy?

HALLI: I first heard about Kathy online, but actually met her on the phone when she called to offer to rep my middle grade manuscript.

CAROL: Why did you query her?
HALLI: She had all the things I looked for in an agent. Her agency is small, which is what I prefer, and she reps both kidlit and adult, all of which cover a wide range of genres. (Yes I do have an adult novel forming in my brain. Actually, the notes were put into their own folder which means the book will eventually be written.) I also read about her on QueryTracker and was really impressed with the comments, even from those who received rejections.

CAROL: How many other agents did you try?
HALLI: I queried a lot. Okay, 60. And I did get partial and full requests, one even after I signed with Kathy.

CAROL: How long did it take to find an agent?
HALLI: I will focus on this manuscript since my first one is tucked away in a drawer where, hopefully, no one will find it. Ever! For this book, I started querying in September 2015, but I took my time. I queried a few agents, revised then took a break until I found the courage to query again. I repeated this process several times over the past year.

CAROL: Tell us about the book Kathy is subbing for you.
HALLI: Kathy signed me for ARLO ECKERT’S EMOTION MODIFIER, a middle grade science fiction novel. Sixth grade scientist Arlo Eckert has a hypothesis: if he can get his parents to stop fighting, they won’t mention the D word. Divorce. Arlo invents the Emotion Modification Device, a laser capable of zapping the brain and temporarily changing a person’s emotions to the exact opposite. His success at home propels him to bring it to school but it misfires and transforms his principal into a deranged bank robber. To make things worse, the government has discovered his device and wants to get their hands on it. Arlo must outsmart the government or his principal will go to prison and his family will be torn apart forever.

CAROL: That sounds terrific! Did Kathy give you any feedback on what drew her to your book?
HALLI: When she requested a partial she said it sounded fun.

CAROL: Do you expect Kathy to be editorial? Has she told you what changes she expects you to make?
HALLI: Kathy is an editorial agent, which is another thing I love about her. She sent me her suggestions for revisions and after reading them a light went off in my brain. It was more like a slap in the face. Why didn’t I think about that and how did I miss that?

CAROL: And last, but certainly not least, I understand that the first paragraph of a query letter should state why you are querying this particular agent. Can you share that winning paragraph with us?
HALLI: Gladly! “I was excited to learn about your interest in middle-grade stories and books about home science experiments. I hope my middle-grade manuscript, ARLO ECKERT’S EMOTION MODIFIER, will appeal to you. Complete at 47,000 words, it is a novel about science, divorce, and greed.”

CAROL: That is great! How long did it take for her to respond?
HALLI: That was August 30th. She asked for the first 50 pages 30 minutes after receiving the query! She asked for the full on September 6. She offered representation on October 6. I had a couple full requests out there so I gave the other agents one week. Then I accepted Kathy's offer on October 14.

CAROL: That’s so exciting and encouraging to the rest of us who are working on our manuscripts. Anything else you want to share with your fellow writers?
HALLI: My interaction with Kathy happened fast in my opinion. I guess what they say is true - it is all very subjective and when you read something it either hits you or it doesn't.

Halli teaches martial arts to kids and adults who inspire her with stories and dedication. She writes for children and young adults because those voices flow through her brain; two of her manuscripts won third place in SCBWI Carolinas Writing Contests. She loves time with family, the outdoors, reading, and is addicted to superhero movies. You can find her on Twitter @hbgomez701 and at The Winged Pen. She was born in New York, but grew up in Florida until chased out by hurricanes. Now she lives equidistant between the mountains of North Carolina and the beach with her husband, two boys, and two dogs.

Stay tuned for more from Halli. I can't wait to share her publishing news next!
at October 31, 2016

I'm so excited for you, Halli, and can't wait to read it!

Congraulations!!!! May you have a long and fruitful relationship together.

Thanks Sandra, Chris, and Vijaya. We're all in this together and it's great to be part of our writing community!

Halli, I'm so excited for you, and so appreciate your sharing the long, hard, and diligent work it takes to snag an agent. It sounds like you've found a great one! Have fun with the rest of the process!

Great news. And it gives us all hope as well. Congratulations.

Congratulations, Halli. Exciting news! This sounds like a perfect fit for you and your book. Thanks for sharing this interview, Carol.

Thanks LInda and Rosi. And yes, Rosi, I am encouraged by Halli's story too. She played by the rules and it's paying off. I think that can give us all hope!

Dear Carol,
Thanks for sharing the good news of others.

Dear Halli,
Congratulations on your dedication and hard work. I am excited that you found an agent who is excited about your story. Great pitch that you put in your query letter. May your relationship with Kathryn bloom and blossom!

Believe in You
Never Give Up
Joan

Thanks, JOan! It's fun to celebrate each other's writing journies!

Great post! And so important to see how others query! Congratulations on making your dream come true!

Thanks, Sheri. Nice to see perseverance pays off!

Carol, thanks for sharing Halli's writing journey!
Hallie, I love the premise-- sounds like a great story! Wishing you a quick sale!

Thanks, Miriam. It's great to rejoice in our fellow writers' journeys!

Thanks for helping me believe in the process again. Best of luck Halli!

You are welcome, Andy, and welcome to my blog. It is a HARD and LONG process and Halli would be the first one to acknowledge that. I think we have to keep cheering each other on so that we keep on pushing forward ourselves!

Thank you all so much. I can't tell you how happy I am to receive your comments. One of the best things about this whole writing business is that we are a supportive community. I couldn't have done it without all of you and will always need support and guidance.

I don't know how others feel about their agents, I have heard good and bad stories, but for this book, Kathy and I are on the same page. It felt right for me from her very first email and I am glad she made the offer.

Best of luck to everyone, whether agented or not, because this is a tough but satisfying career we have chosen.

And Carol, thank you for interviewing me. This was my first interview and I am happy to do it on your blog. Because you were with me from the very beginning of this crazy writing life!

You are welcome! I look forward to sharing your pub news and reading your ARC!