H is for Honey and T is for Thor: 2 Alphabet Book Reviews and 1 Giveaway

This week I'm reviewing two new alphabet books from Sleeping Bear Press. Giveaway details are below. True to other books in this series, each letter has a short poem for young readers and a sidebar with more detailed information for older kids.

H is for Honey: A Beekeeping Alphabet 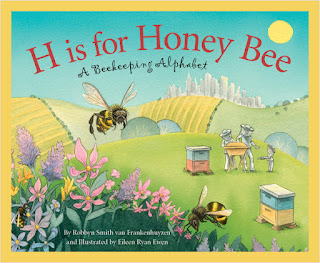 "Apis mellifera, otherwise known as the honey bee, is one of the most important insects on the planet." Written by beekeeper, Robbyn Smith van Frankenhuyzen, and illustrated by Eileen Ryan Ewen, this book would be a great curriculum resource for grades K-4.
Here are a few of the poems and illustrations which interested me and I shared with my third-grade granddaughter.

C is for Communication

With their bottoms in the air
as they dance the comb,
it's the bees' way of saying,
"Hey, this is our home."

E is for Egypt 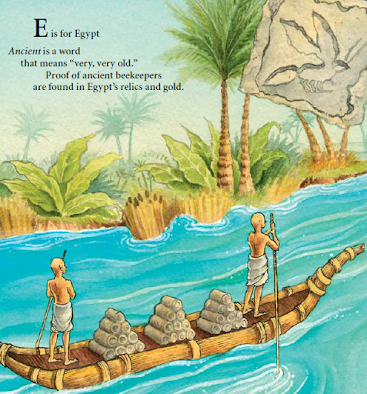 G is for Guard

They keep their hive safe
from robbers and thieves
like skunks, birds, or bears.
Only family members, please!

K is for Keeper

P is for Propolis

Propolis is a mixture of plant resins, wax, oils, pollen, and bee saliva. Ancient Greeks and Egyptians used this bee glue as an antiseptic to kill germs and it is still used in toothpaste! 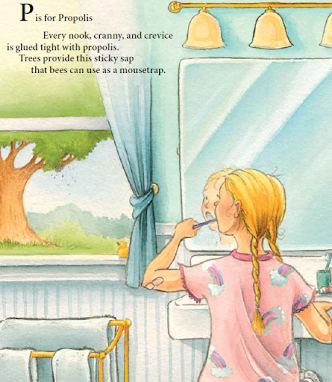 U is for Urban Beekeeping 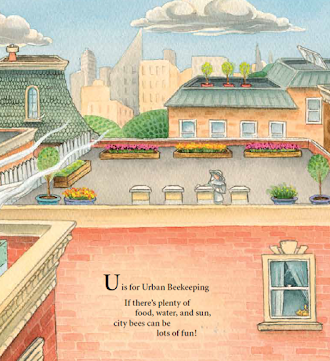 Whether or not your young reader wants to be a beekeeper, this book presents a lot of information about the history of honey and beekeeping, honey's medicinal properties, and the science of bees. Habitat loss, pesticides, and climate change are threatening bee colonies around the world. The end matter provides information on helping bees, fun facts, and how to become a beekeeper. Illustrator Eileen Ryan Ewen's pastel color palette amplifies the book's contents.

T is for Thor: A Norse Mythology Alphabet

"Norse refers to areas in Northern Europe, including Norway, Sweden, and Iceland. Ancient Norse people believed that powerful gods and goddesses ruled over them all." This book, written by Dr. Virginia Loh-Hagan and illustrated by Torstein Nordstrand, shows everything you might meet in the Norse world: realms, halls, beings, gods, giants, monsters, humans, landmarks, and weapons.
Here's a peek at a few things I learned:

A is for Asgard

Filled with fields of green
and castles of gold,
Asgard was home
to the strong and the bold.

Elivagar rivers were filled
with venomous snakes.
To swim in these waters
would be a deadly mistake.

F is for Freya and Frey 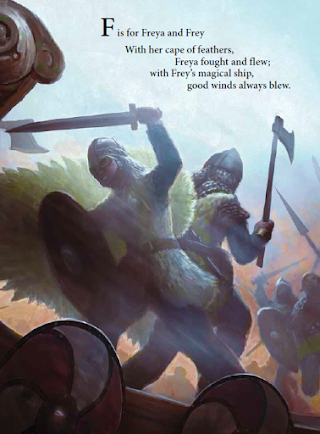 I is for Idunn 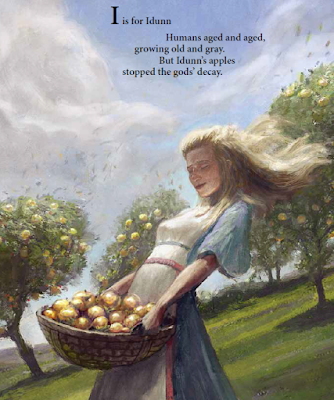 J is for the Journey of Life and Death

After starting one's journey
to the realm of the dead,
Norse afterlife was based
on the life one had led.

P is for Prose Edda and Poetic Edda 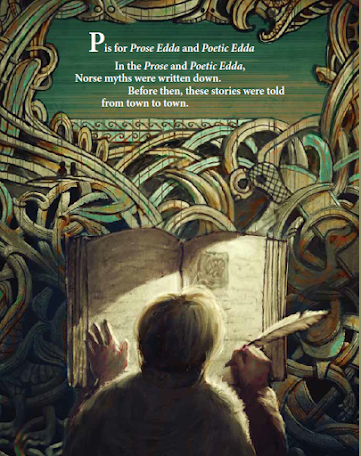 Q is for Queen of Asgard 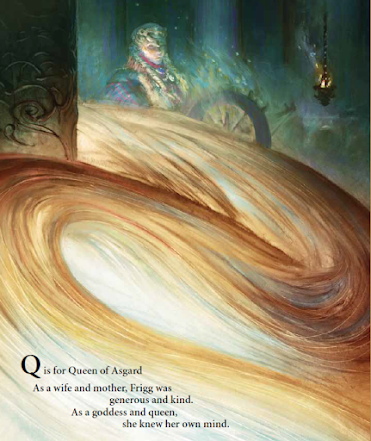 T is for Thor

Of all the Norse gods,
Thor is the most known;
nothing can stop him
once his hammer is thrown. 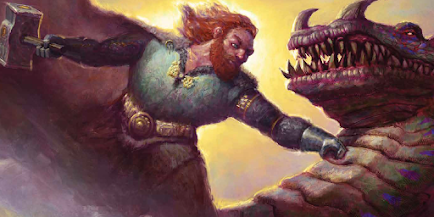 If you know readers who enjoy myths and Scandanavian folklore, then this would be a book for them. It would be a good classroom resource for a discussion of the Vikings, who were devoted to the Norse gods. A comprehensive glossary in the front and a list of Norse connections in the back complete this book. For example, every day of the week is named after a different Norse god. Which one isn't?
The illustrations in this book are somber and dark (except for Ildun) and are markedly different than those in H is for Honey. Since I can barely draw a stick figure, it is interesting to see how different artists reflect the tone and content of the books they illustrate.
I recently listened to a webinar by author-illustrator Elizabeth Dulemba who spoke about focusing the reader's attention. She pointed out that illustrators accomplish this by contrasting light with dark. I was aware of that as I paged through this book; the illustrator effectively focuses the reader's attention exactly where he wants by the use of shades of gold and white.

My grandkids will be the fortunate recipients of H is for Honey Bee, but I am giving away my copy of  T is for Thor. Please leave your name and email address (if you are new to my blog) by 6 PM on November 6 when a winner will be drawn.
at November 04, 2020

T is for Thor looks like a great way to introduce mythology to children. Thanks for your giveaway.
Blessings!
Connie
cps1950(at)gmail(dot)com

Thanks for the chance to learn more about Norse mythology. My husband's side of the family is from Denmark so this book is extra cool.

Thanks, Danielle and Connie. Your names start the list.

I do love the illustrations in these books.
turtle6422 at gmail dot com

They are pretty amazing, Jana Leah!

I have read T is for Thor. It's terrific. I'm looking forward to seeing a copy of H is for Honey. My parents kept bees, so anything bee-related is of interest. Thanks for the post. I will pass on the giveaway.