THE MEANS THAT MAKE US STRANGERS: A YA Debut Novel Review and a Giveaway- Part I

Here is my criteria for loving a book: I don't want it to end so I drag out reading the last few chapters. That was the case with my most recent read, The Means that Make Us Strangers, Christine Kindberg's debut novel.

The book caught my attention when a friend tweeted that it had won the 2020 Christie Award and Honorable mention for the Selah Award.

Here is the book's description from the author's website:

Adelaide has lived her whole life in rural Ethiopia as the white American daughter of an anthropologist. Then her family moves to South Carolina, in 1964.

Adelaide vows to find her way back to Ethiopia, marry Maicaah, and become part of the village for real. But until she turns eighteen, Adelaide must adjust to this strange, white place that everyone tells her is home. Then Adelaide becomes friends with Wendy and the four other African-American students who sued for admission into the white high school. Even as she navigates her family's expectations and her mother's depression, Adelaide starts to enjoy her new friendships, the chance to learn new things, and the time she spends with a blond football player. Life in Greenville becomes interesting, and home becomes a much more complex equation.

Adelaide must finally choose where she belongs: the Ethiopian village where she grew up, to which she promised to return? Or this place where she's become part of something bigger than herself?

I knew this book, with its hint of racial overtones and set in the civil rights period in the South, would become another mentor text for Half-Truths. What I didn't realize, is that it would also also provide vivid examples of deep first person point of view (POV)--something I'm working on while I polish my book. 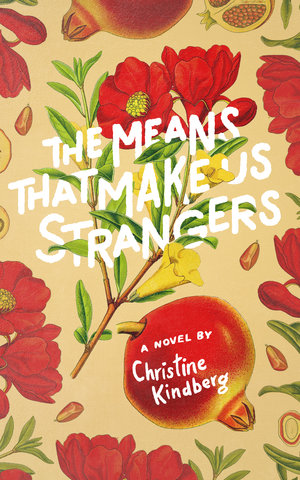 You may be wondering now that I've told you what this book is about, what is left for my review?

Try this for an opening which demands that you read further:

I remember thinking how different those arms looked, while waiting for fruit to drop as Maicaah shook the branch. A fig hit the white hands and fell to the ground, and it was with shock that I felt the pain in my hands. (p.1)

Do you see the sensory information conveyed through this beautiful language? The tangle of arms, pale as a moon, and the shock of pain. These marvelous descriptions prepare the reader to be immersed in Adelaide's deep POV.

That section ends with the children chasing after an ostrich.

We never caught an ostrich, despite the number of times we tried. We sometimes got close, but never close enough to touch, not even the dirty-white tail feathers.  (p.3)

There is something hauntingly poignant about that last sentence that shows the reader how Adelaide feels--without once using the word "feel."

Here's a later example, after she has moved in with her grandmother and aunt in South Carolina. Here, the author uses the word "feeling" but in a unique way. This comes after her aunt reprimands Adelaide for not saying "Yes, ma'am or No, ma'am."

I bunched my anger into a fist, feeling pride for the way I kept it in check. Marmee [her sister] would laugh with me about it later, and the edges of my anger slowly smothered and hardened as I held on to it. (p. 29)

See what I mean about deep POV?

At school, Adelaide feels acutely that she doesn't fit in with other whites. When she sees a black girl, she assumes the girl must be from the Oromo ethnic group that she knew in Ethiopia. She tries speaking to her in Ormiffa but the girl and her friends misunderstand her friendly advances and tell her to seek her own kind.

I turned my back to them and sat on the bottom steps, huddled against the railing. I didn't want to cry... This girl had looked so familiar, it had been like a taste of home. But the reality was that no one here knew what my life was like. No one had any idea where I'd come from. (p.41)

Later in the book, she walks home after school and spends her pent-up emotions in a deserted cornfield. By the time she comes home, her face is covered with dirt and tears. She goes to the bathroom to wash up before dinner.

There was a line on my neck showing where I hadn't yet washed. For a second, I stared at the line. Which was my real skin color: the speckled brown-and-tan or the smooth white? Which was the layer I was washing away? I blinked and the illusion was gone. I bent to continue washing, turning myself white again. (p. 83)

I could go on and on, but I'll end with a quote from one of her black friends, Nathan. The group of friends has come through a horrendous riot in which several whites ganged up on the black boys. A white girl, Emily Rose, invited the other girls to her house for a sleep over. One of the black girls thinks they'd just be asking for trouble.

Emily Rose shook her head. "This is exactly the right time," she said quietly. "Besides it's just having friends over to my house for a party. Why shouldn't I?"

It's being together in the simple, common things that's most radical," said Nathan. He didn't look up from his sandwich. It was the first time he'd spoken all day.

"What does that mean? said Wendy. "It sounds like a quote."

"It means that basic, everyday things are the last barrier. When it's not strange for us to eat lunch together or spend the night at each other's houses or get married--then we'll really see each other as people, over and beyond our differences."  (p. 239-40)

Obviously, I love this book. Even though it's considered young adult, I recommend it for middle graders through adults. Anyone who wants to read a well-written book about segregation in the south--this is for you. The book is by far the best self-published book I've ever read. I can see why it won an Honorable Mention in Writer's Digest self-published books.

On Monday, come back to my blog for Part II when Christine talks about her inspiration for The Means that Makes Us Stranger, her path to publication, what she's working on next, and a funny way in which Christine and I are connected.

Leave a comment (with your name and email address if you are new) and I will enter your name once. You'll have another chance next week to win a personally autographed copy of the book. If you are new to my blog or share this on social media, I'll give you an extra chance. Winner's name will be drawn on Thanksgiving Day!

Congratulations to Christine on writing a book that Carol did not want to end! I'd love to read this and I know my hubby who spent some years in Nigeria would connect with it too.

You and Chuck would love this book, Joyce!

Thanks for the recommendation.

You're welcome, Kathy. I really think you'd like this book.

Excellent examples from the book to give me an idea about the voice. I enjoy historical YA and middle grade so please enter me for a chance. I shared: https://yesreaderwriterpoetmusician.tumblr.com/post/668305667186147328/the-means-that-make-us-strangers-a-ya-debut-novel

Thanks, Danielle. You'd love this book. thanks for sharing on tumbler!

This sounds like an amazing book. I enjoyed reading your example passages. Thanks for the post. I will pass on the giveaway since I recently won a book here. (Thanks for picking me!)

Thank you for sharing this book with us. I love historical fiction for MG and YA readers, and I look forward to reading this novel. I also appreciate the examples you shared about deep POV. Thank you for this recommendation.

This book sounds amazing! I want to read it for sure and would love to win it. Thanks for sharing it.

Thanks Gwen and Rosi for leaving comments. I hope you both get to read this book!

The book sounds just wonderful. I share your love of words and stories! If I win the book it will probably take me a year to read (haha) so I'd get to savor it little by little! :)

Thanks for your comment. I need your email address and name to enter you in the giveaway!

I do love YA historical fiction!
Tammi Truax
ttruax@sau52.org

Thanks, Tammi. I think you'd love this book!