Like me, you might never have heard of Rare Disease Day. The following three authors have intimate acquaintance with rare diseases. Giveaway details below.

Linda is no stranger to my blog. Here is her story:

My involvement with rare disease began during my teaching career when I met two students at two different schools with Batten disease.  While I never taught either of them directly, the schools were small enough for faculty to know many students outside their classroom. I watched with concern as 8-year-old Brandon Hawkins' cognitive and motor skills began to decline instead of thrive as they typically might at a school designed to address learning differences. Concern heightened when his vision began to fail and after extensive testing, his parents shared the diagnosis none of us had heard before: Batten, a rare neurodegenerative disease that has no cure and is often fatal by the early twenties. Not far away at another specialized school, Taylor King, the same age as Brandon, was diagnosed by the same doctor with a form of the same disease.  Brandon moved out of the area, but the crowning blow came when we learned that his younger brother, Jeremy, received the same diagnosis, a phenomenon that's not uncommon when both parents are carrying the defective gene.

My first book, Crazy, is an autobiographical account of my coming to terms with a mother with bipolar disorder. Watching the unfolding tragedies of the Hawkins brothers and Taylor evoked emotional issues similar to those I had experienced growing up with mental illness in my family. I wanted to explore how a gifted and highly motivated teen would deal with her brothers' physical debilitation and probable early death.  In both Crazy and Behind These Hands, the teen protagonist has no control over the devastation happening before her eyes.  She must find a way to accept a new reality and to react with compassion and love.  I didn't realize how closely related the two books are until I began making presentations through Skype in the Classroom.  My topic is "Compassion:  The Key to Understanding Mental and Physical Disabilities." I'm finding it extremely fulfilling to advocate for compassion towards those with mental illness and rare physical disabilities with teenage classrooms all around the world. 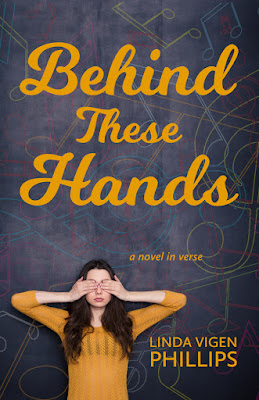 I featured Laura and her book on my blog also. Here is more of her story:

Each year on the last day of February, Rare Disease Day raises awareness of rare diseases and their impact on 400 million people worldwide. It's a day to celebrate not only progress toward treatments and improved quality of life, but also what's special about each of those patients and the people who love them. People battle rare diseases year-round (and not just on a single day set aside to recognize them).

I lost my little sister to a rare disease called Batten disease in 2018, so Rare Disease Day hits especially close to home. Since the devastating and shocking diagnosis in 2006, I've worked hard to save first her life and, later, the lives of other children like her. Taylor had a special kind of courage. She inspired everyone who knew her (and many strangers) in her too-short 20 years on Earth. Watching her overcome incredible obstacles to learn braille, run 5Ks and more pushed me to be the best version of myself, and it pushed me to fight for change. In 2013, I ran a half marathon blindfolded to bring attention to the cause. The race achieved that goal but also saved my life at a time when I wasn't sure I had the will to keep going.

Run to the Light is the story behind the race, but more than that, it's about how to find hope and meaning in the face of life's biggest challenges. It's Taylor's story, but it's also a universal tale of courage and faith. My sister showed others how to dig deep and persevere, no matter what they were facing. On Rare Disease Day and every day, I hope Run to the Light does the same.  For more information please go to Taylors Tale. 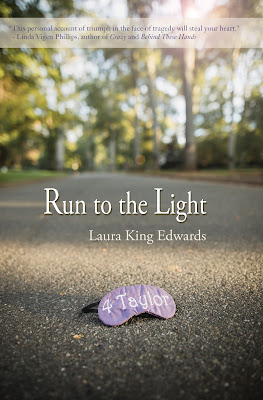 You may have already met Kathleen on my blog. Here is her story: 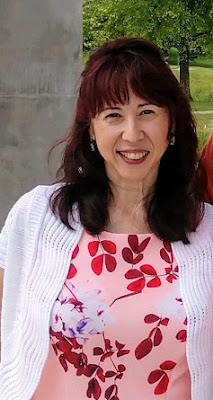 Nineteen years ago, instead of enjoying a candlelit dinner with my husband to celebrate Valentine’s day we sat in a dimly lit room by the low lights of an ultrasound in the ER. The ultrasound revealed that I had a deep vein thrombosis (DVT). What started out as a routine three- day hospital stay to treat the blood clot turned into over a month in the hospital from complications that nearly killed me. My souvenir from my stay- a diagnosis of ReflexSympathetic Dystrophy (RSD) (also known as Complex Regional Pain Syndrome (CRPS)) as a result of nerve damage from the blood clots. Definitely would’ve preferred one of those ‘All I got was just the lousy t-shirt souvenir’ instead! 😊
RSD is a chronic, progressive pain syndrome caused by damage/malfunction of the peripheral/ sympathetic nervous system as well as the immune system. (Which is why doctors have said that my mother's exposure to radiation from the atomic bomb on August 6th has played a role in my RSD). Over the years RSD pain crept in taking over my legs and hands. Although, it has taken a lot from me, I’m not ready to give up everything. It did give me time with my mom when she opened up and shared the horrific memories and awful loss she dealt with on August 6th. And I learned that even though I couldn't be the active mom to my 4-year-old daughter(at the time) as I had been or continue in my past career as an executive in the health care field; I found my own ways to be a dedicated/involved mom and realized my brain could still work/be creative through writing. I'm so grateful for the support and love from my family, friends, doctors, and now readers of The Last Cherry Blossom. Their past and continued encouragement, along with my faith keeps me from giving up emotionally or physically. 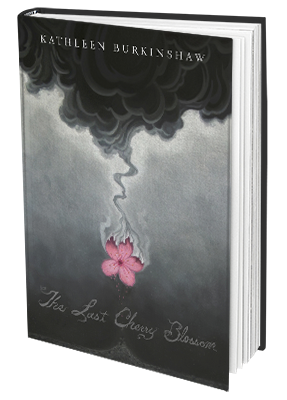 Each author is giving away TWO copies of her book. To enter this super-giveaway, please comment with your email address including your email address if you are new to my blog. Books will be drawn randomly and will be personally autographed to the winners by the author. Enter soon! Giveaway ends on February 29.
at February 26, 2020

I am inspired by these strong women who have dealt with and did so much more than just survive these obstacles in their lives. Reading these books will help me have a better understanding of others and increase my empathy and awareness.

As I read these three stories, I am reminded once again how blessed I have been and how my life could change in a second. Thank you for sharing these books and I would appreciate being entered into these giveaways.
Thank you & Blessings!
Connie
cps1950ATgmailDOTcom

Thanks Danielle and Connie! I started the list with your names. I totally agree with your sentiments.

Thanks for sharing the stories of these strong women. They demonstrate the strength of character required to live with significant health issues. I would also like to be entered into the drawing.

You're in, Carol. thanks for commenting!

Thank you for sharing these stories & helping to bring awareness to these & other rare disease.
turtle6422 at gmail dot com

Thank you for commenting Jana Leah. You're in.

Thank you, Carol for sharing these wonderful books. All three authors are extremely strong women who inspire us all, not only with their stories but also through their stories. They challenge us to be better writers by showing how sharing the tough times can not only help people, but lead to the good in our lives.

Wow! Generous giveaways! Thank you, Linda, Laura and Kathleen for sharing these difficult stories. Your perseverance inspires me.

Wow! Generous giveaways! Thank you, Linda, Laura and Kathleen for sharing these difficult stories. Your perseverance inspires me.

These all sound wonderful. I know Linda's book is wonderful because I've read it. Thanks for telling me about the others. I will step aside on the giveaway. I am buried in books.

Carol, thank you for dedicating this post for Rare Disease Day and sharing our stories. Thank you to everyone for your kind words in your comments.It's an honor to be included with these 2 strong compassionate women.❤

I am honored to have you, Linda, and Laura on my blog, Kathleen.

Carol, we have a Batten's Angel in my family. Olivia Grace Lewis met all her markers as a rambunctious three year old but we noticed her staring into space and stumbling more than usual. This began a journey I wish for no one. God has given us time with Livvy the experts said we would never have. She has infantile onset and not given much hope. So at four the diagnosis and now Livvy approaching 14. We are blessed beyond measure. It takes strong women with strong families. My cousin and her daughter the sweetest momma and nanny with the strength of Job and the courage of David to have weathered numerous hospital stays, daily monitoring, giving Olivia a life she deservered. Beautiful stories about strong women and strong families.

Thank you for sharing Livvy's story with us. Heart-breaking for sure. Thankful for her strong soldiers around her.

Sorry I missed the free give away deadline, but I've already read most of these books and hope the winners appreciate them as much as I did. Thanks for featuring them, Carol.