One of the good things about writing historical fiction set in the not-so-distant past is that you can interview people who lived through the conflicts you are writing about.

One of the hard things about writing "recent" historical fiction is that the people you interview--your experts--are elderly and die.

Ten years ago I posted my first blog about six people I interviewed for Half-Truths. Only one is still alive. In 2014 I wrote about four women who shared their histories with me. Only two are still living.

Yesterday, I heard that one of these women, Thereasea Elder, passed away on January 5, at the age of 93. 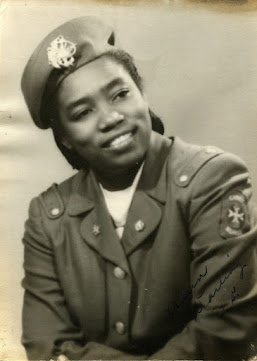 Thereasea as a U.S. Nurse cadet in World War II.

I met Thereasea in 2011. With open arms and a smile that never quit, she welcomed me into her home. At the same time, she welcomed Half-Truths into her life. A conversation wasn't complete without her asking, "How is the book coming along?" She encouraged me every time I visited her.

As I tried to understand the city of Charlotte in which she grew up, there were no questions or topics that were off-limits. She told me about the dangers she faced as the first nurse to integrate Mecklenburg County's Public Health Service and the asbestos waste products which coated their window screens from the factory in their Greenville neighborhood. 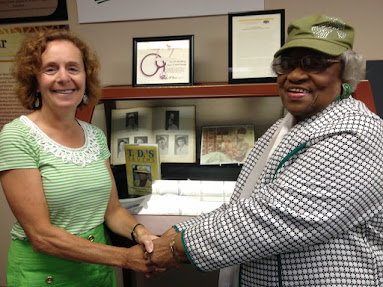 In 2014 she proudly showed me the exhibit she helped put together at Johnson C. Smith University honoring those who integrated the medical profession in Charlotte.

Thereasea's list of accomplishments is long. She was a strong advocate for public health, helped register Black voters, served as president of the Greenville Historial Association, was active in the National Association of Negro Business and Professional Women, served on the board of the Greater Carolinas Chapter of the American Red Cross, and started the Black Heritage Committee in Charlotte.

Whenever we talked she had a new cause or passion. She was concerned about local drug dealers and gun violence; government officials heard her concerns over the phone and through letters. She received innumerable awards for her service to the city of Charlotte, including the Order of the Long Leaf Pine (North Carolina's Highest Civilian honor) and the Maya Angelou/Elizabeth Ross Dargan Life Time Achievement Award.

But man, oh man, she loved her hats. 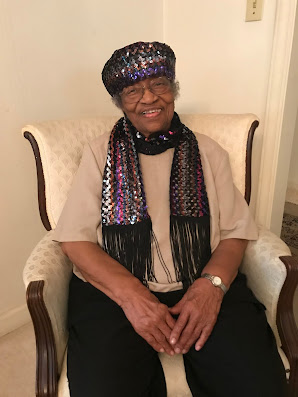 Dozens and dozens of hats were stacked in boxes in her closets. She wouldn't go out without one on her head that of course, coordinated with her outfit. 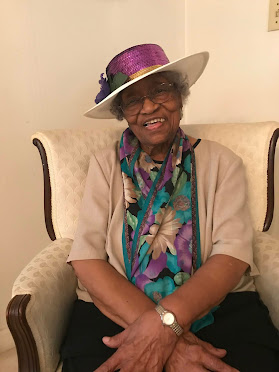 One day we had a "photoshoot" and Thereasea enjoyed every minute of it. 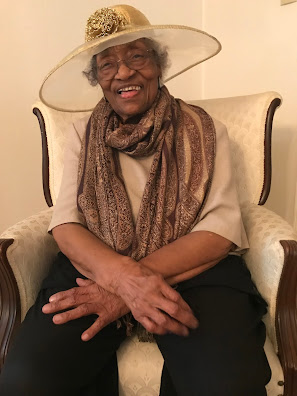 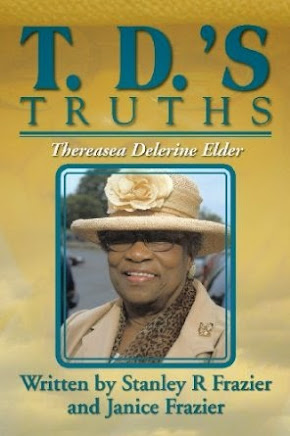 The author's note includes an observation that resonated with me:

I was mesmerized by our first meeting. I was struck not only by the power of her narrative, but her ability to cause transformational change in our community. Her nurturing attitude was characterized by unselfish caring, supportiveness, and a willingness to share her time.

Thereasea's inscription to me reads:

God has blessed me with your Friendship and Love. To God be the Glory and Power always.

On a Personal Note

Thereasea quoted this Bible verse to me when she was talking about some of the prejudice she faced growing up:

"For I know the plans I have for you, declares the Lord. Plans to prosper you and not to harm you plans to give you hope and a future. Jeremiah 29:11

One time my husband and I took her out to dinner at a favorite fish restaurant. After that, she never failed to end our conversations by sending him her love. She always reminded me to give him a hug and a kiss; her love for family inspired me.

And I will miss her beautiful hats. 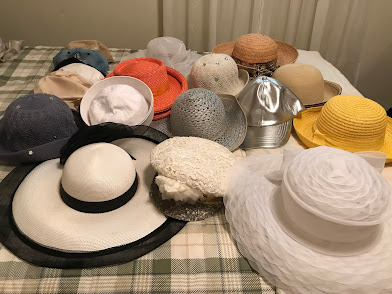 What a lovely tribute. Wish I could have met her. Thanks, Carol

What a blessing it is to have known such a lovely lady and to have her support in your work. Thanks for sharing, Carol.

I'm sorry for your loss. Thank you for sharing your wonderful tribute.

Thank you Lois, (I assume Tammi), and Ann. She meant a lot to me.

She sounds like an inspiring woman. You were lucky to have her friendship and love. A lovely tribute to her.

A beautiful tribute. I love all those hats.

Thanks, Jana Leah. And that was just a fraction of what she had!

Thereasea -- what a lovely name. She sounds like a lovely person. And those hats! How fun. Thanks for the post. I'm sorry you lost your good friend.

Thanks for sharing this great story Carol. Sorry for the loss of your friend and great servant of God and Mecklenburg County!
Ed Hyland Charlotte native

Thank you for your comment, Ed. Thereasea was both!