THE CAPTAIN'S DAUGHTERS- Part I: A Review by Guest Blogger, Elliot Kurta

The Captain’s Daughters is a sci-fi novel about twins, Robin and Diane, who are kidnapped by aliens while on a vacation with their father. While Robin and Diane try to find out who kidnapped them and where they’re being taken, their father uses his position as captain of the starship Polaris to search for his missing daughters. Using help from various unexpected allies, the two sisters and their father are able to regain their bearings and begin to make their way back to each other. 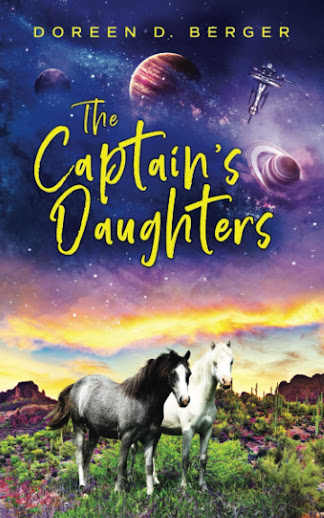 Robin and Diane spend most, if not all of their time aboard the Polaris, doing homework and pulling pranks on crew members while their father captains the spaceship. Which is why they jump at the opportunity to spend a week at their grandparents’ ranch to get quality time with their father. Unfortunately for Robin and Diane, a few greedy aliens (the Mogs) have other plans and kidnap them during a horse ride. Now at the mercy of the vicious Mogs, Robin and Diane must rely on their tricks and story-telling abilities, the same attributes that got them into trouble aboard the Polaris, to get them out of the hands of their captors. But while the two sisters and their father try to find each other, the three quickly realizes that they may be far further apart than previously suspected.

With a combination of space battles, drama, adventures, and undeniably entertaining sisterly antics, The Captain’s Daughters will appeal to many audiences. Middle schoolers and young adults will be sucked into this novel as they read about Robin and Diane’s adventures. However, some parts of this story might not be appropriate for younger readers. In particular, chapter nine, “Looking Back”, where it’s revealed that Robin and Diane’s parents were killed, and their father’s brother, Uncle William, was entrusted with their care and well-being. However, this chapter isn't graphic and ends up being important to the plot.

Even though The Captain’s Daughters starts with Robin and Diane being kidnapped, readers also get to glimpse their childhood. The author, Doreen Berger, uses a series of Captain Mark’s flashbacks to present some of Robin and Diane’s defining moments. From hijacking the Polaris’ transmitters for the purpose of sending out pizza orders to learning the hard way why it’s important to listen to your parents, there’s no shortage of interesting memories. For example, takethis passage from page 287:

“He’s quite rude,” Keeran said to Diane and Robin.

Diane sighed, exasperated. “Yes, he is, isn’t he? It’s so hard to get good help these days. Sometimes we just don’t know what to do with him.

“Will he be reprimanded?” Rarten asked, so seriously that neither Diane nor Robin knew how to respond.

“When we return to the ship,” she said sadly, “I’m afraid he’ll have to be given… ice cream.”

“Ice cream?” Keeran asked. “I am not familiar with that term.”

Rest assured, the quote is much funnier in context, and is only a small sample of the novel’s humor.

While Robin and Diane easily endear themselves to the cast of this book, observing their own special bond is one of the highlights of the story. It’s clear either sister would do anything for the other, and throughout the story their relationship only continues to strengthen. This duo is the selling point of this novel, and throughout the book their laughter, tears, and bold humor seeps through the pages. With an emotional story that plays out in the stars, The Captain’s Daughters is a must read for adventurers of all ages. 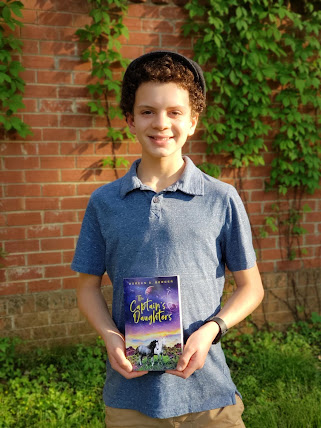 Stay tuned for Part II in which Elliott interviews the author.

If you are interested in winning this book, Doreen will send you an autographed copy. Leave a comment (with your email address if you are new to my blog) and I'll enter your name once. Leave a comment after Part II and you'll be in twice. 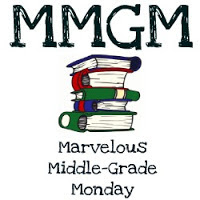 Don't forget to check out the other wonderful middle grade books on Greg Pattridge's MMGM site!

Sounds like a fun and interesting adventure. Thanks for posting this, Carol.

This sounds like a fun book to read--I enjoy reading family based stories. The setting sounds amazing. Thank you for the excellent review and chance to win a signed copy.

Thanks for this review, Elliot! I should read this in case I ever get kidnapped while on vacation!

Thanks Lois, Danielle and "Test." Test-- you need to leave your name and email address if you want to be included in the giveaway.

makes one think! thank you

It sounds like a great adventure story. I'll pass on the giveaway. I have too many books to read right now.

What an entertaining story about planetary travel. With two sisters, there sounds like a great deal of humor and drama. Wondered about the horses in the story. Eliot, you hit this one out of the ball park. Am impressed with your reviews!

Thanks, Patricia! Elliott will be happy to read your comment.

What a fantastic review! Kudos to Elliot! His review makes you want to run right out and purchase The Captain's Daughter. It sounds like a great story to share with middle graders and teens.

Eliot did a fabulous job with his review. He made me want to run right out and buy The Captain's Daughter. It sounds like a fun adventure story for my granddaughters!

The characters and story line you described will bring many readers to the book. I loved the recipe for punishment on Earth. Bring it on. Thanks again for another stellar review on Marvelous Middle Grade Monday. I'm with Natalie with too may books to read right now so let someone else win the giveaway.

Thanks Greg--Elliott will be happy to read your comment!

Thanks, Sandra. Elliott is a great reviewer and your granddaughters will enjoy the book!

This sounds really cute and I must admit, I do have a soft sport for twins as well as scifi. I haven't seen it much in mg so need to check this one out! My email address (in case it's not here anywhere) is spartan_writer(at)yahoo(dot)com.

Thanks, Suzanne, for stopping by. If you don't win this book I hope you come back. I give away A LOT of picture books and MG. Welcome!

I'm not a real sci-fi reader, but this book sounds so good. I love books with humor and with strong family relations. Thanks for another well-written review.

Thank you so much for your positive feedback. Reading all the kind comments is my favorite part of writing a review!


Elliott
Thank you for the great review of my book, The Captain's Daughters! I am so glad you enjoyed it!
Doreen D. Berger

Kathy, I need your last name and email address if you want to enter this giveaway. Thanks for your comment.