Congratulations to Judy Penz Sheluk who won the second critique from Joan Edwards. Thank you to everyone who left comments.

Raise your hand if you remember this commercial:


If so, then you may understand how I felt three weeks ago when my mentor, Rebecca Petruck, wrote:

Omigosh, I'm really liking the look of this outline!

Faithful readers of my blog may remember a post in September, 2014 when, after completing the third draft of my book, I announced I'd discovered the "clay"of my story.

As it turned out, the clay I'd thrown on the potters wheel still needed trimming.

In Rebecca's editorial letter about Draft #4 she identified twelve different threads I'd (oh so carefully!) woven together into Half-Truths. That did not count the threads I had in place for my two protagonists. (Do you sense a problem here?)

Here is what Half-Truths wants to be:

Consider: what moments show this. Every scene has to be related to this.

She also pointed out the multitude of locations and recommended thinking about my book as if was a play. Which sets would be created? She suggested just five. That was a whole lot more than were in this draft.

There were also too many injured animals and she suggested I choose one. Bird or goat? There was never a question in my mind which would win out.

But the hardest part was when Rebecca and I skyped and I realized that the girl's love interests--which I'd spent a HUGE amount of time crafting and sweating over--pulled the reader away from the girls' friendship.

The boys got moved to the back seat.

In November I spent several weeks writing a new outline. I drew closer to each girls' internal and external journeys and eliminated a bunch of settings. I patted myself on the back, sent it off to Rebecca, and started writing Draft #5.

As it turns out, my self-congratulations were premature.

In mid-December (on my birthday no less!) I received these notes from Rebecca:

It can be difficult to tell from an outline, but this version seems to keep the girls separate for a lot of the novel. They have their own story lines and only sometimes interact with each other. I think what you want is for them to have a combined story line, with mini-B stories that reflect their shared story.
In very broad terms, this is the shape of a story about a friendship.
Act 1: Girls meet, forced to interact multiple times, not sure they like each other.
Act 2: Maybe we can be friends. Fun & Games is becoming friends for real.
Act 3: Being friends is harder than we thought for several reasons, including…holy cow, we’re related?!
Act 4: It’s discombobulating to know the truth, but not only are we friends, we’re family, and that’s worth any discomfort.


The only elements that get layered in are ones that reflect this journey in a different way.
......
During our last conversations, I felt you needed to do some serious pruning. Instead, elements have been added....I think it will be helpful to examine each chapter and each scene, and be super honest about how it affects the friendship. Some elements may work in different places, but go back to that first quick outline I noted about the shape of each act in relation to the girls being friends. I think we’ll need to do some shifting and rethinking.
I was crushed. I'd thought I was ready to write. In fact, I was five chapters into Draft #5!
For one night I let the pity party run its course. Then I went back to work. I thought about the basic four acts which Rebecca outlined. I pinched and pruned. I cut out another favorite location (Wing Haven gardens which I visited 20 years ago and was the genesis of this novel. I blogged about how it fit into my book here). I thought about how the girls could be together in almost every chapter. I skyped with my best writing buddy, Linda Phillips, and she offered a magnificent solution for a thorny plot problem. When I focused on how Lillie's and Kate's actions impacted each other--I finally discovered the essence of my story.
Five days later, I sent Rebecca a new outline.
The next day she posted this on my Facebook page: 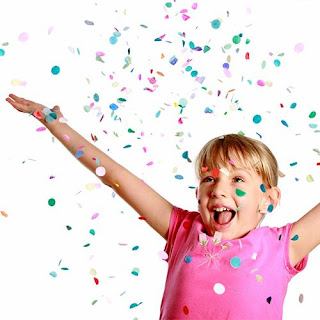 Just read your revised outline. *fires confetti canon* I'm so excited for HALF TRUTHS and proud of you and all the work you've done!!!

The pitch for Half-Truths has been the same for several years: In Charlotte, NC in 1950 two teens in Charlotte--one white and one black--become unlikely friends and discover an heirloom belonging to both  families.

But the execution of that idea--has been far more complicated. I went far and wide and gathered a lot of ideas before I discovered the precious nugget which was right under my nose.  The girls' friendship is the heart of my story.

Which reminds me of Professor Higgins's triumphant song in My Fair Lady:

(I dare you to not start singing "The Rain in Spain" now!)

Only two beta readers read Draft #4. Their probing feedback helped me confirm my decision to take the boys out of the book. Since then, they've read the first five chapters of Draft #5. One told me, "My biggest observation is that you're saying more with fewer words."

Which came from writing all those previous drafts.

Which led me to gaining more focus.

It's always wonderful to work with you, Carol! I can't wait for the next draft!

Carol, I am enjoying watching your novel-creating process as it unfolds. You are courageous to share so generously.

And I'll second (and slightly tweak) Rebecca's comment: I can't wait to read the whole Half Truths.

Hi Carol, it is so much fun and so interesting following your rewrites. You always make me rethink what I'm writing and give me ideas on digging deeper. Thanks so much for sharing.
Sheri

Carol,
I've loved following the journey of this book and look forward to seeing it find the perfect publishing home.

Thanks friends. Jo, I think of your 9 drafts often. Sheri, if I can inspire someone else, I'm glad. I still have lots to learn. Eileen, your namesake has become an even bigger part of the story!

I love your joyful, honest persistence! You are a role model, absolutely.

I don't think I am, but glad to inspire others!

And thank y'all for believing in my work! I don't think I could do it without my cheerleaders!

Hi Carol, glad you put up your blog post link in our FB market-to-market group.
Disappointments at first, sure can send us into having a pity party. I know I've done that, but they sure do spur us on to keep going.
Kudos on the positive comments. :-)

Thanks, Tracy. BIC is part of my manta this year!! No one will get this done except me!

You are entitled to a pity party every once in a while. Celebrations are right around the corner. I'm convinced!

Carol, Just did a search for your blog and realized I've been missing your posts since they're not being sent automatically anymore. Is there a way to update it? Anyway, I'm thrilled to hear that your manuscript is shaping up to be the one you'd envisioned all along, and I know you must be thrilled too. From someone who recycles the same drafts for 10 years or more, I can tell you that you'll know when you finally get it right and then you'll figure out what had been missing the whole time. In the meanwhile, every draft means you're improving your craft. Go, Carol! Can't wait to read this book!

thanks, Miriam. I know you know the struggle with a manuscript that takes a long time to write! Perseverance is key.

Carol, I am raising my hand-an oldie but a goodie :) Yay! for your well deserved confetti canon moment!! I am excited for you :) You are an inspiration!

Thanks Kathleen. Appreciate your support and catching up on my blog!