As I mentioned last week, this is the second post in a two-part series on the variety of stages writers go through when producing a book. Thanks to Jean Hall who said that she is "always in the middle of creation or revision of picture books." Julian Daventry said, "I'm about to start editing my trilogy, after getting all three books drafted. There's still much to be done, but reaching the 'all books are drafted' is a nice milestone. I'm ready for the next step!" Gray Marie contributed, "Sadly school has been detaining me, but I hope to speed up my progress this summer. I am currently outlining and writing out a few of the scenes in my attempt to piece together this puzzle of a story in my head." Sheri Levy wrote, "I am writing the my first draft of the third novel in the Trina Ryan series, For Keeps. My ideas are moving in the story, and I'm trying to write to the end before I start restructuring the plot. This part of writing is fun, but a long process." 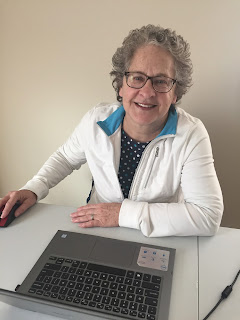 My book, DRIVE, (a story of twins, NASCAR, the Cold War, and competition) is in the design phase so it came back to me recently formatted by a typesetter.  At this point my task was to read through in search of typos, misplaced quotation marks, spacing issues, etc.  Of course, we writers are always tweaking so I slipped in quite a few requests for other small changes.

I began writing DRIVE in August 2016 at a Highlights workshop with my editor, Carolyn Yoder. Since it’s part of a series, I submitted a query and received a contract within a few months. I submitted it within seven months but should have allowed more time in my contract because writing two viewpoints is so hard!  I revised and resubmitted in July and it went through another round of revisions after that. All told – about a year and a half.

My first draft was a mess. Someone died who I decided not to kill after all. Also the twin protagonists weren’t attracted to the same boy and in the final version they are. Polio figures into the final version more than it did previously. The final version feels much more cohesive and I think the twins are more differentiated. Hopefully you still won’t know who to pull for.

After the latest changes have been applied by the typesetter I’ll be rereading again for nitpicky formatting issues. I’m quite certain if I ask for other changes my editor will disown me.

Here is the opening of DRIVE:

As terrible as it sounds, I wanted to rip the ribbons right off my twin sister’s drawing. First place in still life and grand prize!

Ida stood beside me in the hallway at Mountain View School. She wasn’t saying much even if she was thrilled—which of course she was. But I knew she felt guilty about me only winning honorable mention in my category. For some reason I’d thought a portrait of Dwight D. Eisenhower would help me take first place.

“It’s okay,” I said. But I had to bite my lip to keep it from trembling.

“Maybe you should’ve submitted that drawing of the red high heels. It was really good.”

“No,” I said. “Because that would have been a still life and I wasn’t about to compete in the same category as you. But of course you beat me anyway.”

In her award winning BLUE, Joyce told the story of her hometown’s compassionate response to a polio epidemic. The characters of this quiet neighborhood took up residence in the hearts of readers so that now Bakers Mountain Stories include AIM, BLUE, COMFORT and the forthcoming DRIVE. When Joyce isn’t writing, researching, or speaking about her books she is usually living the quiet friends-and-family lifestyle exemplified in her stories. She does, however, enjoy travel because the world is actually so much bigger than where she is from! 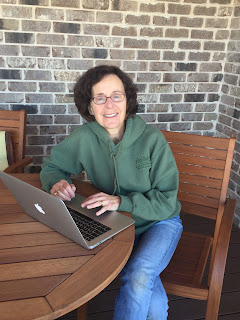 Last June I switched over to writing Half-Truths from Kate's POV. That required digging deeper into Kate's backstory, re-thinking, moving chapters, writing new ones, and deleting a lot of material. I'm now close to the end of that draft. Next, I'll print the  manuscript and read it out loud. I'll fill in details that I hadn't taken time to research, check character arcs, hunt down cliche's, tighten, and polish. It will then go to a few beta readers, my two critique partners, and Rebecca Petruck, my wonderful writing coach. After that...I hope it'll be time to start querying agents!

As some of you know, it has taken me over ten years to get to this point. Although the story takes place sixty years ago, I hope the themes of friendship, racism, and generational legacies will inspire introspection and communication among today's readers.

Here is a snippet from one of the ending chapters. This follows Kate's conversation with her grandmother about their family history:

I ache for my grandmother. For the little girl who was ripped away from her mother and grew up with half-truths fencing her in.

Half-truths like long spindly fingers that reached out from the grave and strangled us all.

Oh, I love the new blog layout!!! And I think I know where the picture was taken :)

These books...can't wait to read them!!

Thanks, Julian. Bet you do! Photo courtesy of Joyce!

And both of those snippets are really good--looking forward to reading the books one day!

Thanks, Gray Marie. Joyce taught me how to change the look too. She's a very talented friend!

As always, great insights into process and the background picture makes me want to dip my toes in the pools. Been really enjoying the nicer weather we've been having.

Thanks for stopping by, Vijaya. That's the Greenville Falls! New blog look courtesy of Joyce.